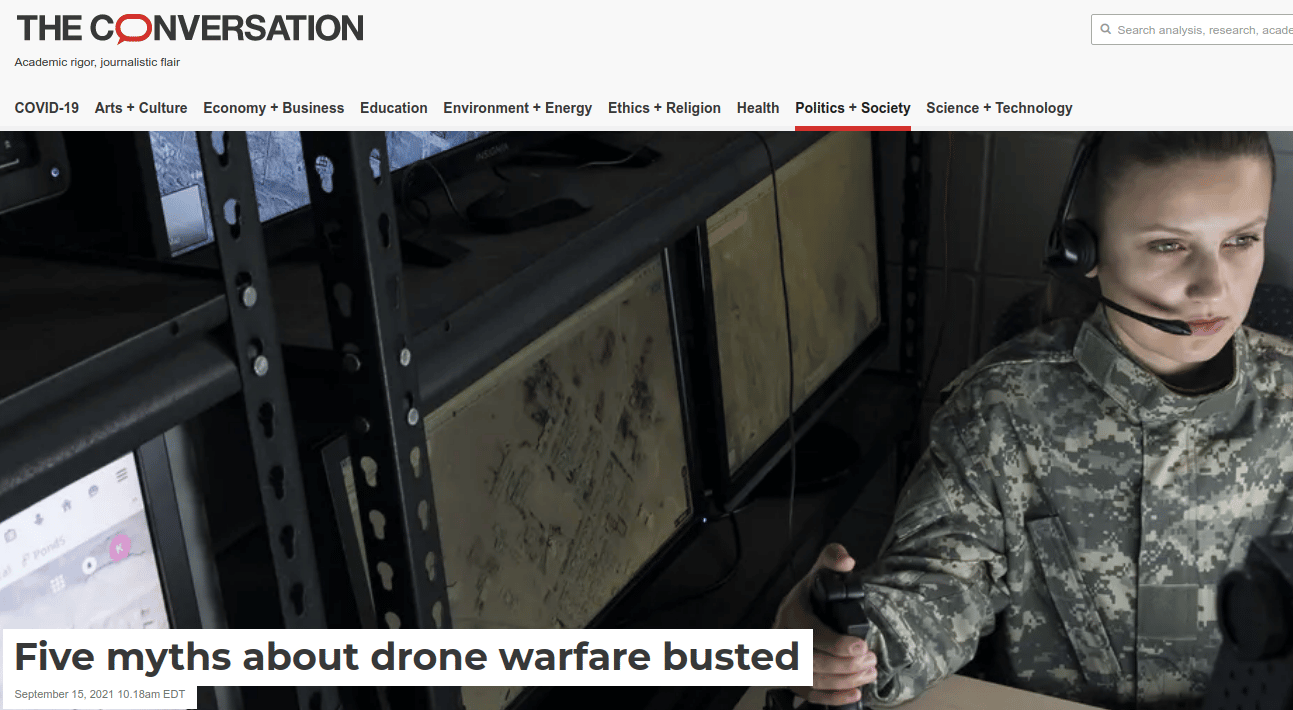 Myth 3. If the war is legal so is the weapon

Myth 4. Drones are a triumph of technology

Aerial bombardment has not created peaceful states, nor defeated IS, nor stopped the violent deaths of innocents, nor abated sectarian conflicts, nor alleviated suffering. These wars have led to endemic anarchy, mass exodus of civilians, death, poverty and generations living with the trauma of war. They have contributed to the rise of theocracy and jihadism. Wars rage, as millions are radicalised, disillusioned and despairing.