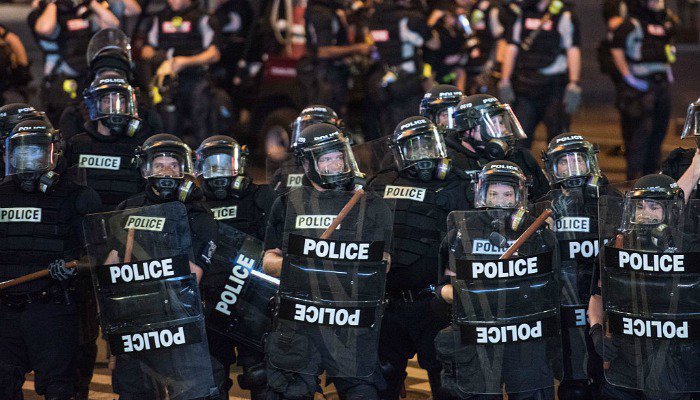 Watching Conservatives and people on the Right, specifically Trump acolytes, clutch their pearls at Nike’s decision to make Colin Kaepernick the face of their 30th Anniversary celebration of the slogan “Just Do It” did not shock me. This was to be expected as these folks are as brand loyal to Trump as many are to New Balance or Adidas. The excuses trotted out by so-called “libertarians” as to why they took umbrage with Nike is what surprised this anarchist.

The argument goes like this: Kaepernick has appeared in public wearing a Fidel Castro shirt. Fidel is a ruthless dictator and if we back Colin we’ll be backing communism as well. Allow me to explain why I disagree.

Many of these same “libertarians” will ask the question, “Hey, what happened to the anti-war Left? It appears that as soon as Obama took office they disappeared. Why can’t they be consistent?” So, these same people who long for an ally in the anti-war Left cannot accept Kaepernick as one in the movement to tame modern policing that has become “the standing army that the founders warned you of (see Episode 149 of my podcast)?” When I had Norman Solomon on my podcast (episode 136) libertarians celebrated hearing someone on the Left denounce these wars as well as the “Russia-Gate” narrative. Norman mentioned that he is to the Left of Bernie Sanders which many commented on but didn’t let get in the way of his take on these important subjects.

I can’t explain the Kaepernick hate among these libertarians, especially those with anarchist leanings. Maybe it’s an unconscious clinging to State loyalties, an inability to be consistent in their principles or something more insidious. I would encourage one and all to examine what’s most important when it comes to fighting back against State power and concentrate on the imminent threat as opposed to the theoretical one.