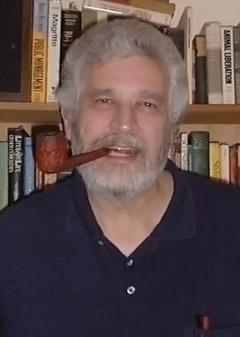 Jeff was a brilliant writer who penned two pieces on Randolph Bourne, the namesake of Antiwar.com’s parent foundation, The Randolph Bourne Institute.

As a teenager, I was a news junkie. (That never changed.) I listened regularly to KFWB News radio in Los Angeles. One of their anchormen, Jeff Riggenbach, had a distinctive baritone voice. When I was 19, I was doing a bit of selling marijuana. A friend came to tell me of someone who wanted to buy a pound. I told him to bring his friend by. When the friend arrived and started talking, I said “You’re Jeff Riggenbach!” “I’m aware of that,” he replied.

Over the years I met Jeff over and over at events and homes of friends. In 1978 we were working in the same offices, Jeff at Libertarian Review and me at Students for a Libertarian Society. We became fast friends.

The Mises Institute says this about Jeff:

Jeff Riggenbach is a journalist, author, editor, broadcaster, and educator. A member of the Organization of American Historians and a senior fellow at the Randolph Bourne Institute, he has written for such newspapers as the New York Times, USA Today, the Los Angeles Times, and the San Francisco Chronicle; such magazines as Reason, Inquiry, and Liberty; and such websites as LewRockwell.com, AntiWar.com, and RationalReview.com. His books include In Praise of Decadence (1998), Why American History Is Not What They Say: An Introduction to Revisionism (2009), and Persuaded by Reason: Joan Kennedy Taylor & the Rebirth of American Individualism (2014). Drawing on vocal skills he honed in classical and all-news radio in Los Angeles, San Francisco, and Houston, Riggenbach has also narrated the audiobook versions of numerous libertarian works, many of them available on Mises.org.

Jeff was a brilliant and creative man. He died at 74 after a long illness. He made the world better and his passage is a great loss. I will miss him very much.

Eric Garris is a longtime libertarian activist and the founder of Antiwar.com.