By seeking global dominance rather than just its own defense, the United States has acquired a world of antagonists. These antagonists have in turn further increased the costs and dangers of dominance. As a result, U.S. foreign policy has failed in its most essential purpose: it has made the American people less safe where they live.

Stephen Wertheim has a vision for a more restrained U.S. foreign policy. One that would be supported by the majority of Americans, but is it a vision shared by the Biden administration? 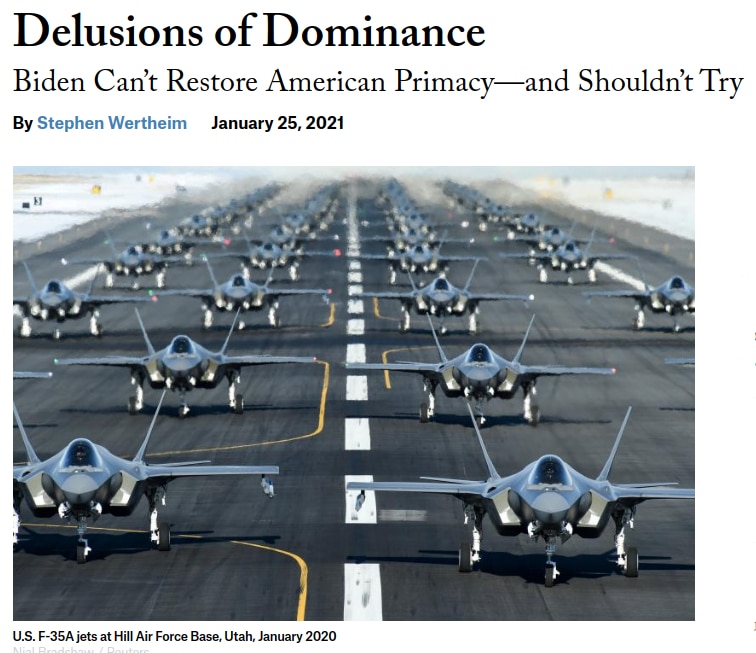