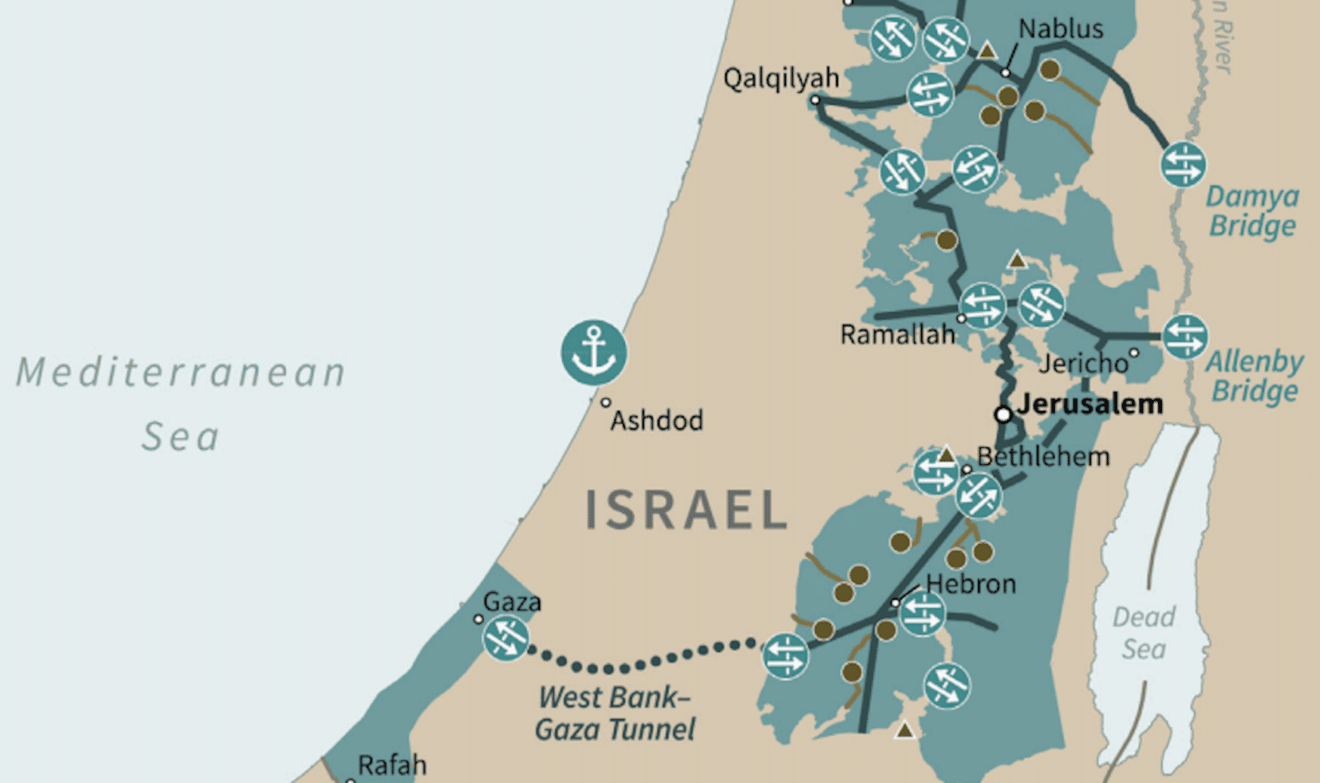 Trump’s long-dreaded diktat to the Palestinians is now public. (See details here and here if you have the stomach for them.) The so-called plan of the century — the “Vision” — is pretty much what the early reports described, so I have little to add to what I wrote before. (My articles are here, here, and here. You can find more in my book Coming to Palestine.)

Suffice it say here that this “plan” is dead on arrival. The Palestinians will not be bribed by a $50 billion jobs program to give up their hope of full rights, which would never be achieved in Trump’s proposed Palestinian “state,” a  fragmented territory surrounded and border-controlled by Israel. That barely begins to describe how Trump envisions Palestine. Look closely at the map accompanying this article: those red dots represent an unspecified number of “Israeli conclave communities” scattered throughout what would be Palestine. (See this.) It would bear no resemblance to a sovereign country. Israel would annex the Jordan Valley to the east of Palestine and the areas of the exclusively Jewish settlements in the West Bank — all of it territory having been acquired through war, which is illegal under international law. (See the “conceptual maps” here.) Netanyahu calls the term occupied territories a “big lie” because, he says, it is the land “where our patriarchs prayed, our prophets preached and our kings ruled.” But that is the big lie. One has no valid claim to land that others live on because one’s imagined ancestors lived there in ancient times, especially when the most likely descendants of the Israelites and Judahites are today’s Palestinians and most Jews descend from converts.

To quote the official document: “The State of Israel and the United States do not believe the State of Israel is legally bound to provide the Palestinians with 100 percent of pre-1967 territory (a belief that is consistent with United Nations Security Council Resolution 242 [WRONG!]). This Vision is a fair compromise [sic], and contemplates a Palestinian state that encompasses territory reasonably comparable in size to the territory of the West Bank and Gaza pre-1967.”

But the Palestinians and much of the world believe, with good grounds, exactly what the “State of Israel and the United States do not believe” about the land that Israel conquered by war. The International Court of Justice nearly 20 years ago declared the occupation of the territories and the Jewish settlements illegal.

As for the size of the proposed Palestinian “state,” Yuma Patel of Mondoweiss commented, “While Trump boasted that his plan would promise a contiguous Palestinian state, doubled in size from its current form, the ‘conceptual map’ released by his administration shows a fragmented and dwindling territory, connected by a series of proposed bridges and tunnels.” (Again, look at the “conceptual map.”)

Trump, Israeli Prime Minister Benjamin Netanyahu, and Trump’s shameless team of zealous Jewish nationalist-chauvinists, led by son-in-law Jared Kushner, have conspired to keep the Palestinians under the thumb of the so-called state of the Jewish people. That is intolerable.

As outrageous as Trump’s diktat is for its details, we should not overlook Trump’s presumptuousness in thinking it is his place to come up with a plan to settle the conflict between Palestine and Israel. It is not his place. A settlement is to be negotiated between the parties — without the American and Israel condescension that is always directed at the Palestinians, as though any discussion of their predicament is a favor to them for which they should be eternally grateful. In fact, bona fide negotiations would begin with an Israel apology to the Palestinians for the massive land theft and oppression it has perpetrated over so many decades.

Trump, who is unable even to disguise his contempt for the Palestinians, will be responsible for the tragedy that the future surely holds.

END_OF_DOCUMENT_TOKEN_TO_BE_REPLACED

The Ruinous Results of ‘Maximum Pressure’ Sanctions on Iran

Iran’s economy is imploding. And American hawks are celebrating it as an opportunity for Washington to turn the screws on the Iranian regime. To the hawks’ credit, they’re not wrong: sanctions have broken the Iranian economy. By one analysis, Iran’s inflation rate...

END_OF_DOCUMENT_TOKEN_TO_BE_REPLACED 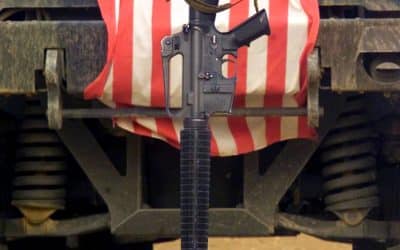 Memorials are intrinsically meant to be a community fixture. There is a reason they are placed in the public square, made the focal points of parks and included alongside bustling streets instead of being kept away for private eyes or individual observance. Memorials...

END_OF_DOCUMENT_TOKEN_TO_BE_REPLACED

To Annex or Not to Annex — Is the Question Moot?

Israeli Prime Minister Benjamin Netanyahu, who remains under a cloud of personal corruption, had more or less promised to annex some of the West Bank in July. He's let his deadline slip, we've been told, because he doesn't want to proceed while his buddy Trump is...

END_OF_DOCUMENT_TOKEN_TO_BE_REPLACED 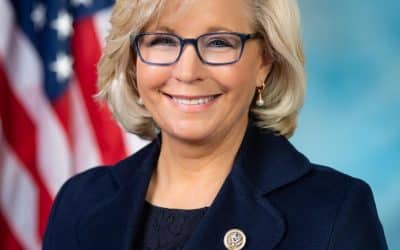 By a vote of 284-129, the House of Representatives soundly defeated an amendment to establish a plan to withdraw U.S. troops from Afghanistan. A slight plurality of Democrats supported the measure, with most of the leadership opposing. All Republicans except two voted...