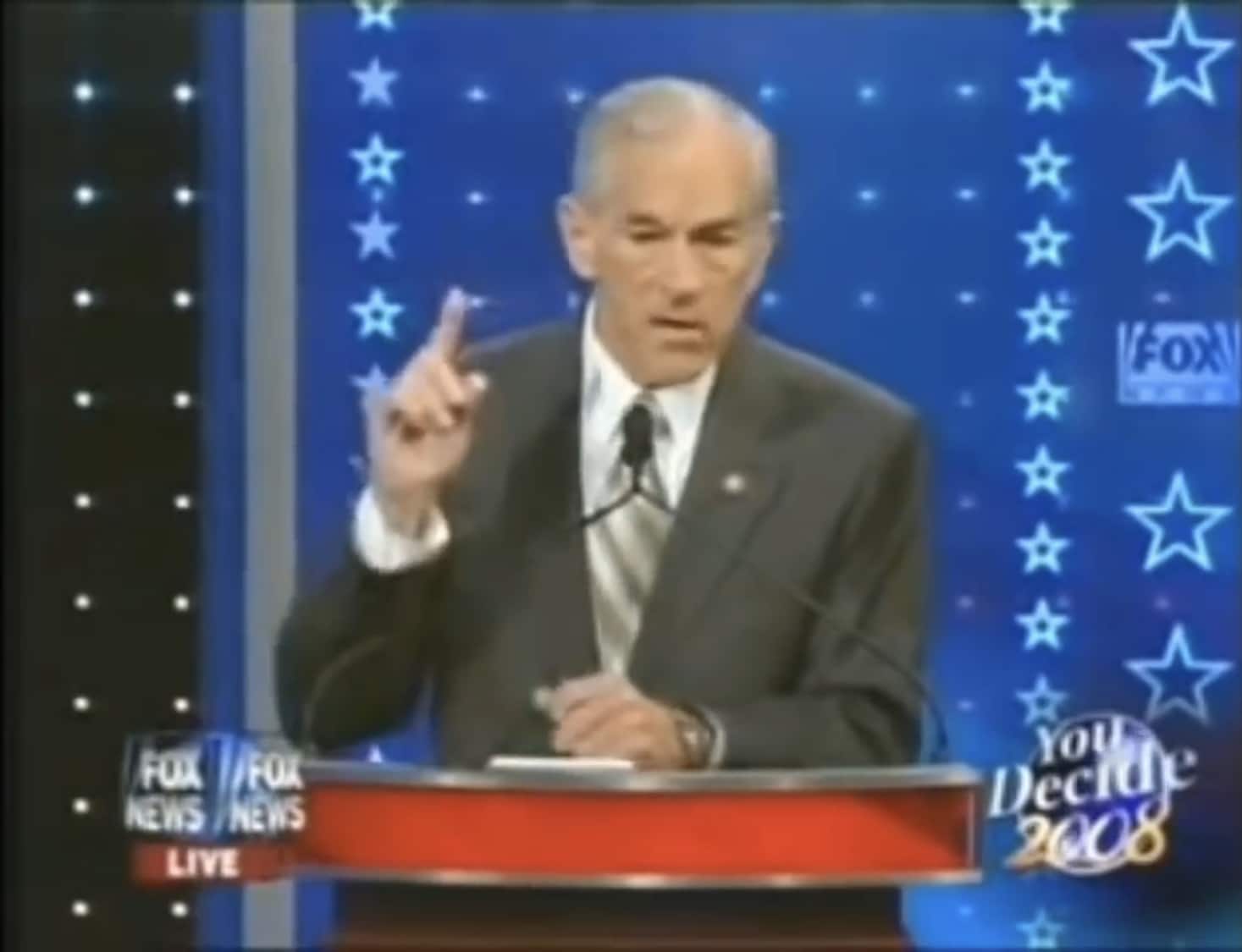 After 9/11, the principles in arch neocon Paul Wolfowitz’s notorious 1992 Defense Planning Guidance were embraced by the George W. Bush administration. Subsequently, throughout successive Democrat and Republican administrations, the warmongers running the National Security State have been in pursuit of nothing less than world domination.

After the fall of the Soviet Union left the United States as the sole remaining superpower, the Pentagon decided to prevent the rise of any country or conceivable alliance of countries that could ever again challenge American military power. Thus, after the terrorist attacks of September 11, 2001, out of fear the American people gave their rulers a blank check and entrusted their foreign policy—the most important and consequential aspect of what the U.S. government does—to people whose imperial designs would make a James Bond villain blush.

In 2007, Ron Paul heroically threw a monkey wrench into this bloody scheme by telling the American people the other side of the story: what our ruling class did to provoke the terrorists who killed nearly 3,000 Americans.

He explained the attack was a prime example of what the CIA calls “blowback,” the unintended consequences from secret or unknown foreign policies. The unfortunate reality is that such instances are seen as an opportunity to gain leverage over the public by neoconservatives and other hawks. The nature of blowback, and indeed 9/11 itself, is that it has the dangerous potential to catch us plebs off guard, leaving citizens vulnerable to intense manipulation via propaganda, particularly narrative management.

Dr. Paul educated GOP audiences who tragically had no clue that we were attacked over a fight Bill Clinton started by brutally sanctioning and ceaselessly bombing Iraq for eight years, killing hundreds of thousands. The bombing was launched from U.S. military bases peppered throughout the Arabian Peninsula. He explained these bases were located on territory Saudi and Egyptian al Qaeda members considered holy land. As a result, our nation paid a price. He asked are we prepared to persist with this hyper-interventionist foreign policy now knowing the unnecessary risks? How would we feel if somebody else did this to us?

The American government’s solution was to wage seven new wars in Afghanistan, Iraq, Somalia, Pakistan, Libya, Syria, and Yemen plus countless secret proxy wars which have devastated northern Africa. Conservative estimates suggest millions have been killed directly or indirectly as a result of these illegal, unconstitutional wars.

We are now at a crucial moment where libertarian and antiwar activists must urgently get out ahead of coming wars and oppose them before they occur. We can never have this kind of blood on our hands again. Our movement and the new leadership of the Libertarian Party should be the loudest voices opposing the Joe Biden regime’s economic war in Afghanistan. This callous policy threatens to kill more Afghans than the 20 year war and occupation. The “Great Power Competition” fights the Pentagon, the neocons, and liberal interventionist hawks have picked could get us all killed in a nuclear war.

We must be the most prominent political opposition to Biden’s unprecedented escalation and brinksmanship with China, especially over Taiwan. We need to be the loudest voices calling for diplomacy with Russia in the midst of this merciless NATO proxy war in Ukraine. There are many good allies on the left and the right we can work with to have an extraordinary impact.

We have to explain, in plain terms, to the American people that it is Washington’s decades of myriad hostile actions and military provocations against both Russia and China which have raised tensions so high and plunged relations with both countries to their lowest points since the previous Cold War.

Our libertarian movement should also raise the alarm that, as executive vice president of the Quincy Institute Trita Parsi has warned, under Joe Biden we have come closer to war with Iran than we ever were under Donald Trump, Barack Obama, or even George W. Bush.