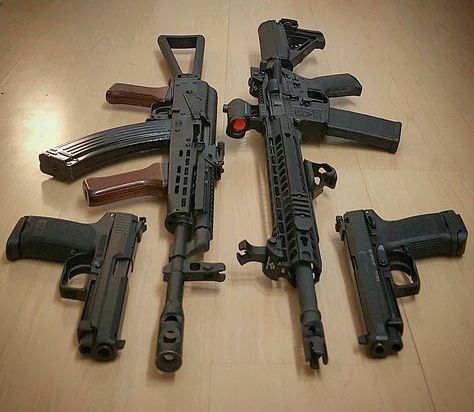 Suitable for all Audiences

Mance welcomes Jose Nino back to the show. When Jose appeared on the podcast recently, Mance talked about him coming back on to talk about guns and gun rights. Jose works for a gun rights lobbyist and was more than willing to share his feelings and experiences working in that field.

Jose on the FBI adding 400M records to NICS

Jose on Repressive Regimes and Their Gun Laws 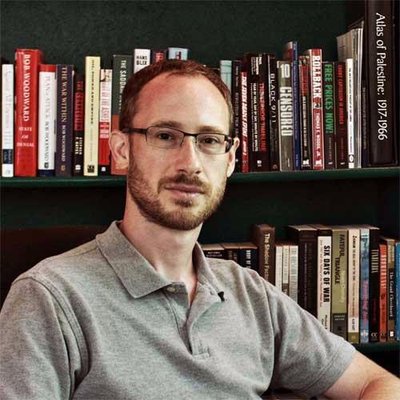 Suitable for all Ages

Mance welcomes award winning journalist Jeremy R Hammond back to the show. Jeremy recently released an e-book entitled, “Exposing a Zionist Hoax: How Elan Journo’s ‘What Justice Demands’ Deceives Readers About the Palestinian Conflict.” In it Jeremy proves that not only is Journo being deceptive in his arguments, but is guilty of outright falsehoods. 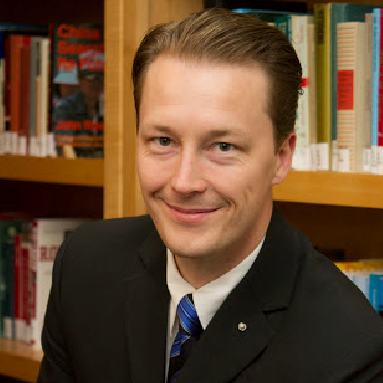 Mance welcomes Professor Per Bylund to the show. Per is a Fellow at the Mises Institute and Associate Professor of Entrepreneurship at Oklahoma State University.

Professor Bylund wrote an article for LibertarianInstitute.org entitled, “The Immigration Issue in Libertarianism,” in which he delivers a critique of Hans-Hermann Hoppe’s “net taxpayer” argument. This justification, used by many Libertarians to advocate for State-enforced border control, is directly refuted in a way you haven’t heard before.

The Immigration Issue in Libertarianism

Man and Matter: How the Former Gains Control over the Latter 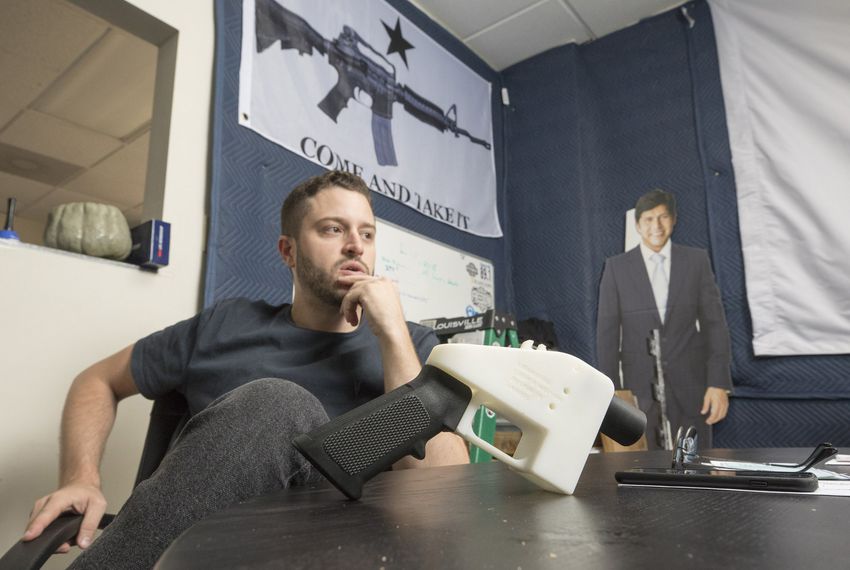 Not Safe For Work

Mance welcomes Jen the Libertarian, Sherry Voluntary and Raylene Lightheart. Having dedicated two podcasts to the Cody Wilson situation, Mance decided that a woman’s perspective was needed. He invited the liberty trio to come on and give their opinions about the laws being used in the case, the outrage surrounding it and how this would be handled in a voluntary society. Much more is discussed in this in depth episode. 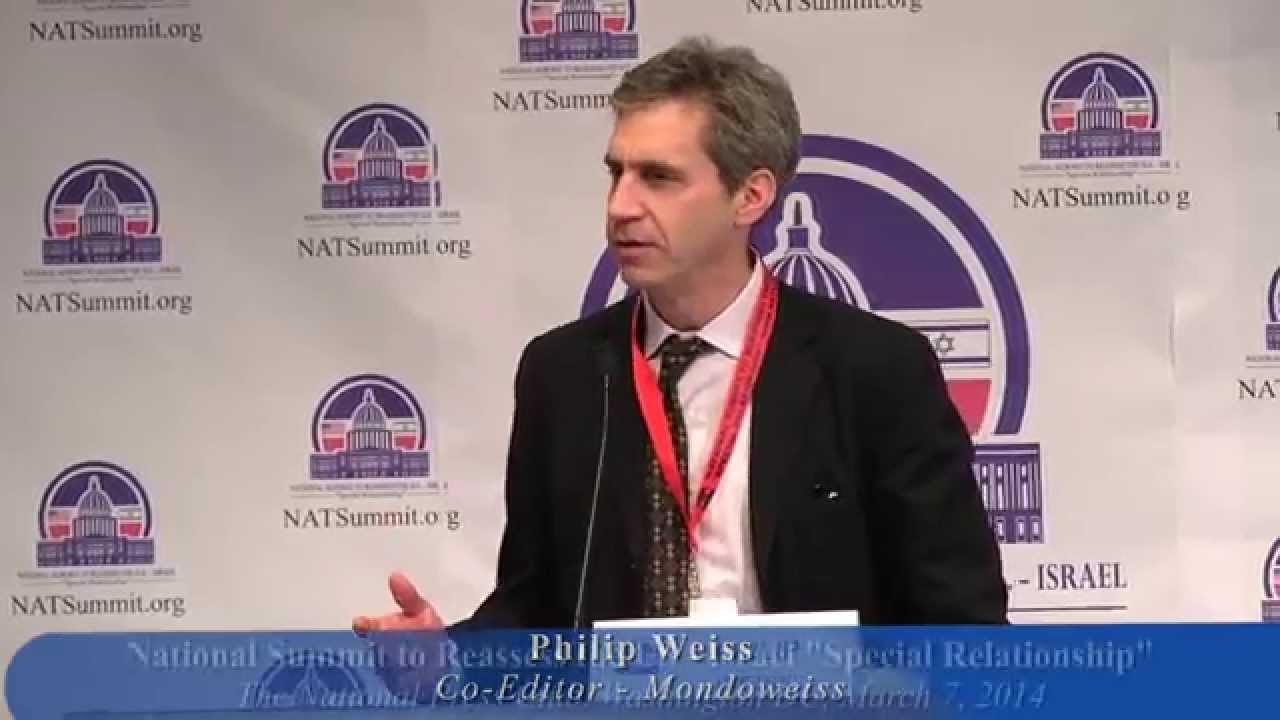 Suitable for all ages

Mance welcomes Philip Weiss to the show. Philip is an American journalist and founder/co-editor of the foreign policy website Mondoweiss.

Philip is an expert on the Israeli/Palestinian conflict and reports all aspects of it on his site.

Mance asked Philip to come on to talk specifically about three terms that are directed at people critical of Israel’s treatment of the Palestinians: settlements, occupation and apartheid. 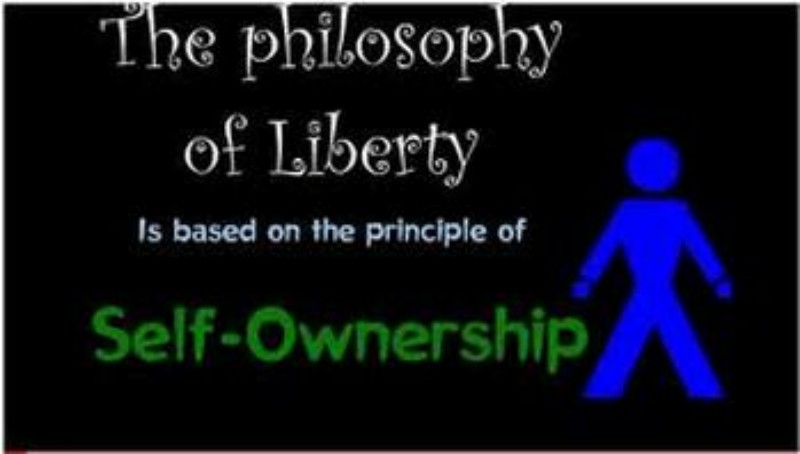 Episode 159: “Things are not Going to Change, Until I’m Ready to Change”

Mance welcomes Quincy Johnson to the show. Mance discovered Quincy through Twitter and they have been following each other and interacting for almost 2 years.

Quincy is an anomaly on social media in that he keeps it positive and only has a confrontation to address outright stupidity and ignorance. As you’ll hear, Quincy is big on self-ownership and an ally to libertarians/ANCAPS/Voluntarists. Here is some straight talk from a man who travels the country talking to people from all walks of life. 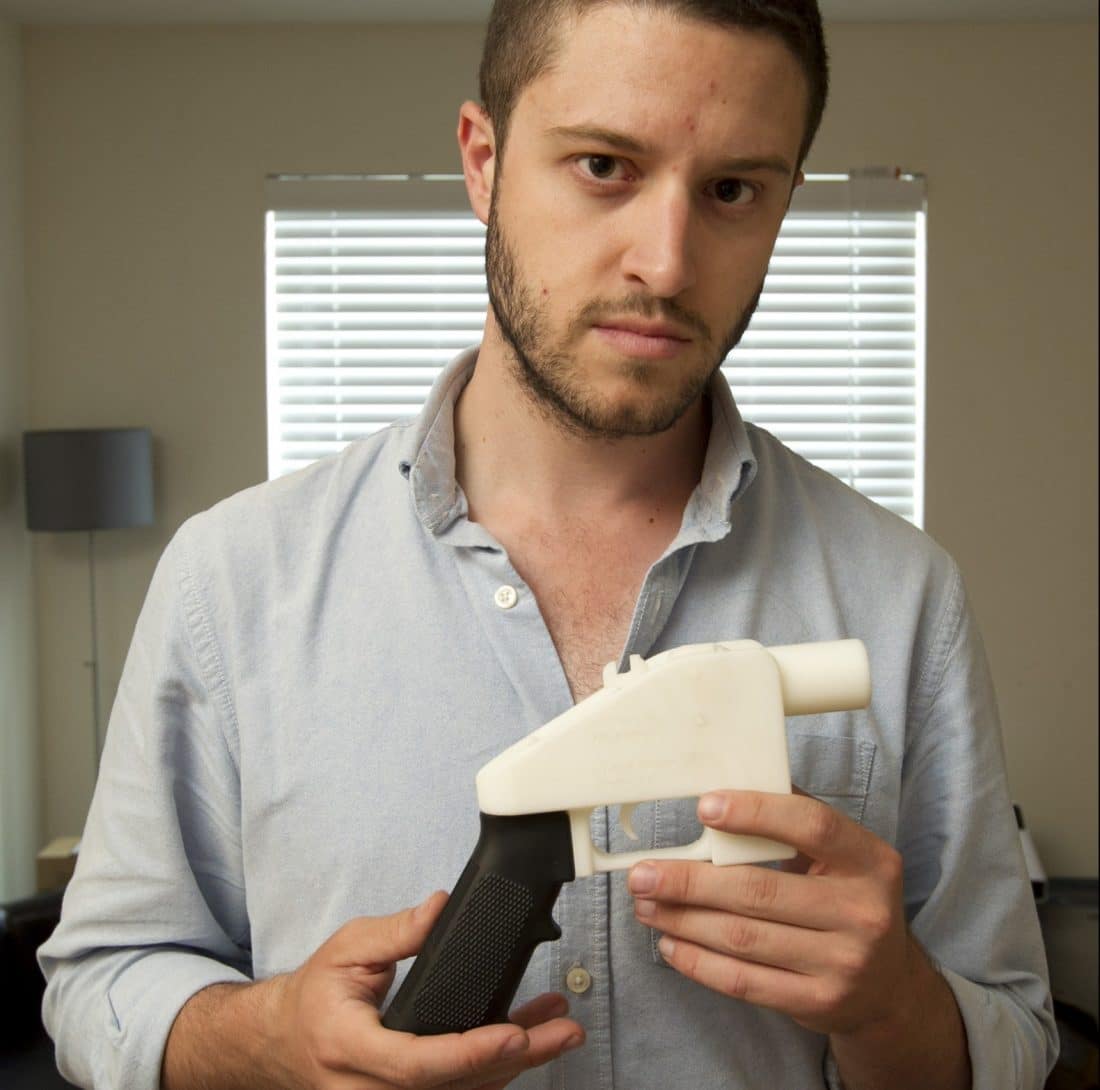 I just wanted to update my thoughts on how I view the Cody case and how it should be used as a condemnation of the “Justice” System. 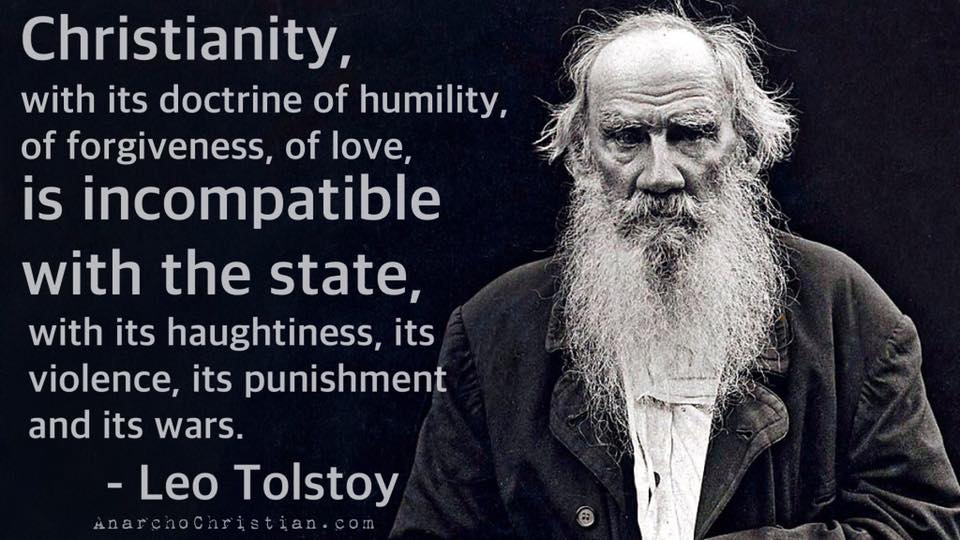 Episode 158: Can a Christian be an Anarchist?

Mance welcomes Stephen, the AnarchoChristian to the show. After witnessing a post on Facebook claiming that it is impossible for a Christian to be an anarchist, Mance wanted to have someone on the show to counter this claim. Stephen has a website, podcast, and Facebook and Twitter page dedicated to answering this objection.

Hey it’s Mance. I invited my friend Bird from the Friends Against Government podcast on to tear apart the Affidavit and Arrest Warrant in the Cody Wilson case. Let’s just say the press is the enemy of the people once again. After about 40 minutes we switch to Kavanaugh and a couple other topics. 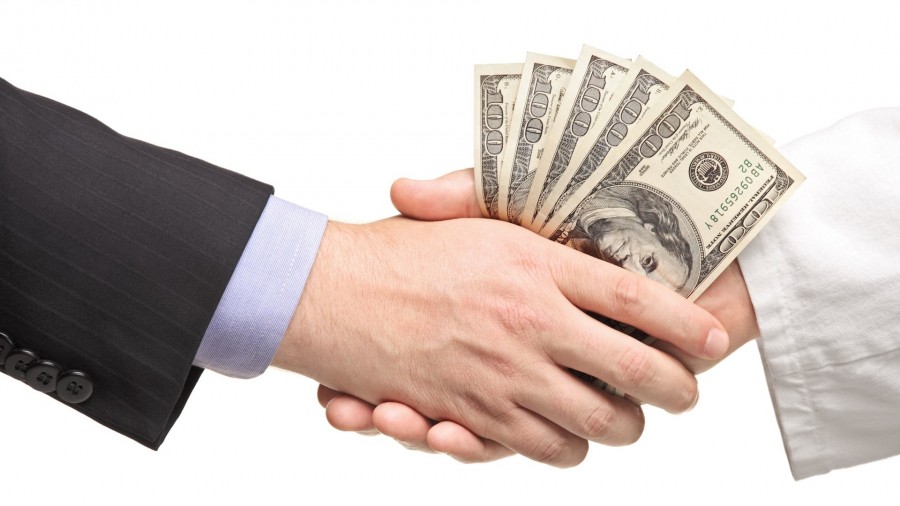 Episode 157: Buckle Up, Boycotts are Coming!

Mance does a solo episode where he runs down a list of the biggest companies in the world and where their political donations go. In this world of boycotting companies for their political beliefs, Mance just wants you to be consistent.

A second topic addressed is a quick overview of the history of seat belt laws. Mance likes to bring these statutes up as an example of a victimless crimes but always gets pushback from people who believe they were passed for our safety. He exposes the real history and their ties to cronyism. 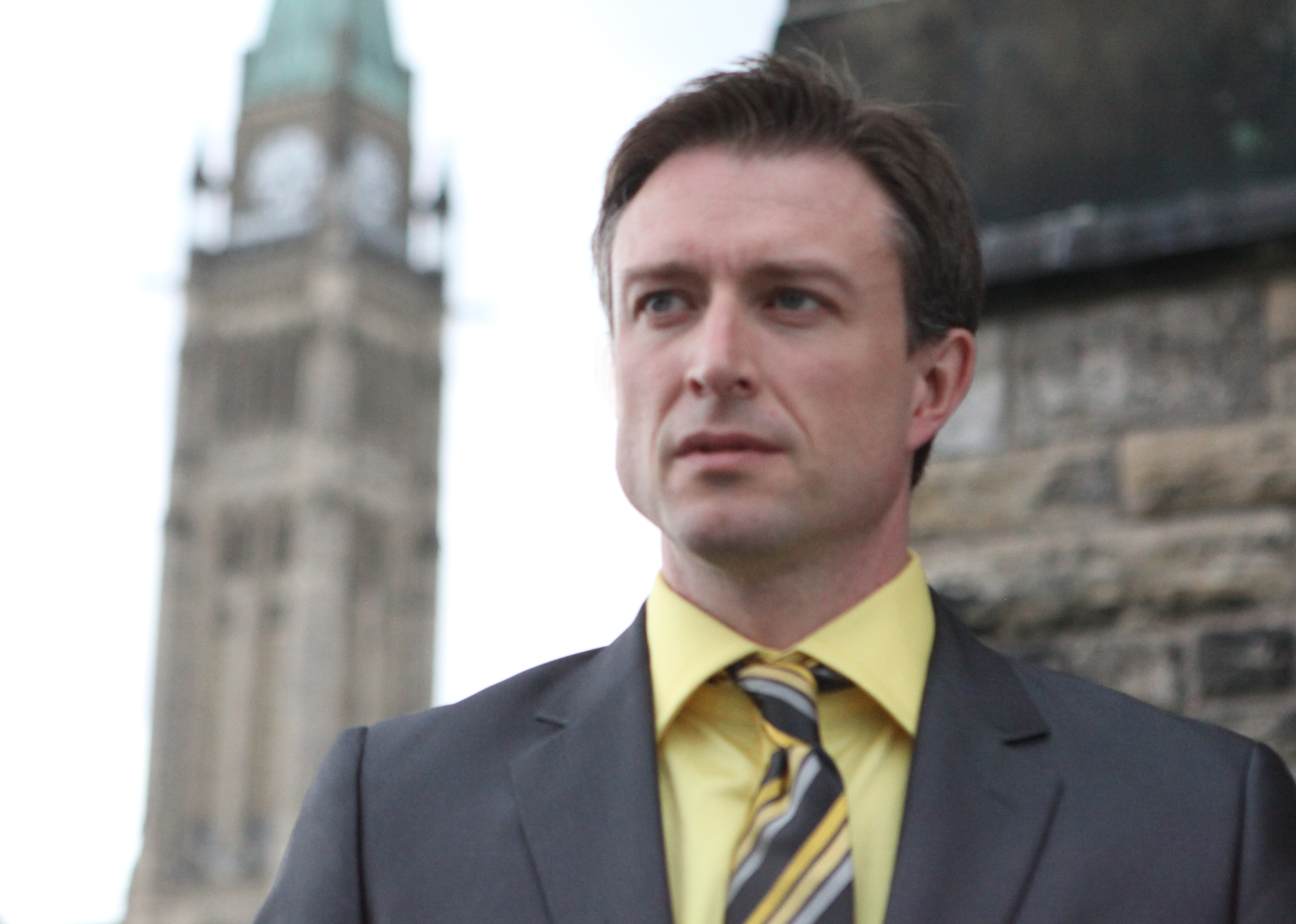 Episode 156: Tim Moen is THAT Libertarian…and we need more like him!

Mance welcomes Tim Moen to the show. Tim is the leader of the Libertarian Party of Canada and he is a “pull no punches” kind of guy. Unlike what the American LP has seen of its leadership recently, Tim is not scared to say the things that need to be said when it comes to communicating the message of true liberty.

Tim talks about his unapologetic ANCAP-ism, how he balances that with political action, and gives an insight into the Canadian health care system. 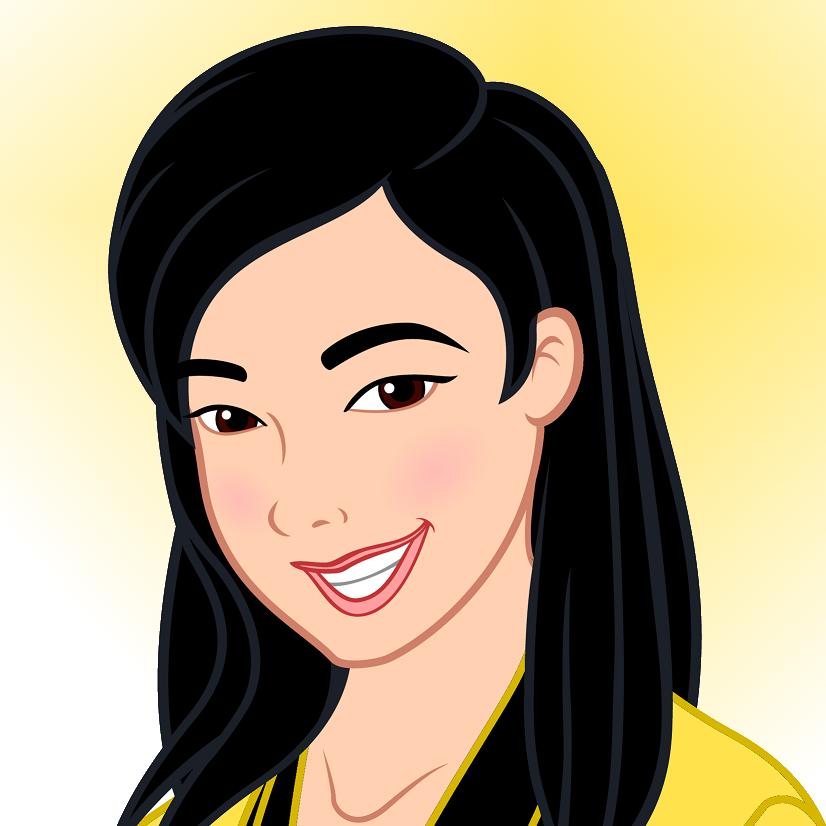 Episode 155: “Most People are Used to Being Prisoners and Looking to Authority For Help”

Mance welcomes The Pholosopher to the show. Pho has one of the most popular liberty-themed pages on Facebook on which she posts videos on subjects from gun rights to self-knowledge.

Mance and Pho talk about everything from the liberty movement, John McCain and the best way to communicate a pro-self-defense message.

Why does the government hate Austrian economics?  How is economics really philosophy? This school of economic thought explains the boom bust cycle of our economy using simple deductive logic.  Using Praxeology, a branch of philosophy created by Ludwig von Mises.  It...

Cop Kills His Own Boy

This is your security force.

Keeping Julian Assange in solitary confinement is torture - he is no threat to anyone.  His crime is exposing the world to the corruption and lies that governments use to hide their crimes of war and torture.  Their have been many reports that his health is...

From CNN.  "Hundreds of thousands of protesters marched through Baghdad on Friday calling for US troops to leave Iraq, heeding the call of powerful Shia cleric Muqtada al-Sadr who called for a "Million Man March." The Telegraph is reporting that U.S. and British...

DoJ now says oops, the entire Russiagate hoax was predicated on FBI lies. You don't mind too much though, right?

Scott interviews Charles Glass about America's long involvement in Syria, starting with the Obama administration's support for the insurgent side in the country's civil war in 2011. This move, made partly with the intent to limit the influence of Iran and Russia in...

Scott talks to Patrick Cockburn about the situation with the Kurds in Syria. Scott calls Syria a win-win-win-win: The Kurds have negotiated a deal with Assad that will give them some autonomy and protection from Turkey, Turkey gets a roughly 30-mile border buffer with...

Scott interviews Peter Van Buren about his recent article in The American Conservative, "Finding a Vaccine for the Impeachment Derangement Virus." Van Buren argues that whatever President Trump's real crimes might be—most notably continuing to help the Saudis...

Doug Bandow comes back on the show to explain the importance of America taking a backseat with Ukraine, particularly with respect to its dispute with Russia over Crimea. Bandow reminds us that Crimea has historically always been a part of Russia, and that it was...

Episode 295: An Overview of Militias in American History

63 Minutes PG-13 Pete asked Brian Miller and Sam Jacobs of ammo.com to come on the show and talk about a series of articles they've released detailing the history of militias in America from the pre-revolution days all the way up to modern times. $20 Off $200 Order...

57 Minutes PG-13 Former soldier and Customs and Border Patrol agent Joshua Childress returns to the show to talk about the ever expanding scope of CBP and ICE's jurisdiction and power. He talks about American citizens getting swept up in this new "war," and how he...

Episode 292: How can the Government Afford to do the Things it Does?

68 Minutes Pg-13 Pete recently wrote an article for the Libertarian Institute (where he is now the managing editor) about how the US government going off the Gold Standard allows them to do the worst things they do (war, etc.). Mr Pseu of the "A Boy Named Pseu"...

FPF #367 is a roundtable discussion with Joanne Leon of the Around the Empire podcast and Kyle. They break down the dangerous situation that has been escalating between the US and Iran. Joanne and Kyle uncover the war hawks who are pushing this war the hardest. ...

Is War with Iran Imminent?

For FPF #366, I play an episode of the Peace and Liberty Podcast hosted by Steven Clyde. Steven interviewed Will Porter and me on the potential war with Iran. We cover the recent developments and possible future tripwires for war.  Steven Clyde is the host of the...

On the first FPF Patreon's Livestream, I'm joined by Will Porter and Steven Woskow to talk about Iran, the new Defense Secretary, and Venezuela. Iran shot down the unmanned US spy drone in (or near) Iranian airspace. The Trump administration has responded with hawkish...

Scott Horton returns to FPF to discuss Will Grigg's new book, hitting the 5,000 interview mark, and who may be behind the attacks on ships near the Persian Gulf. The Libertarian Insitute published a book of Will Grigg's essays. Scott explains why every libertarian...