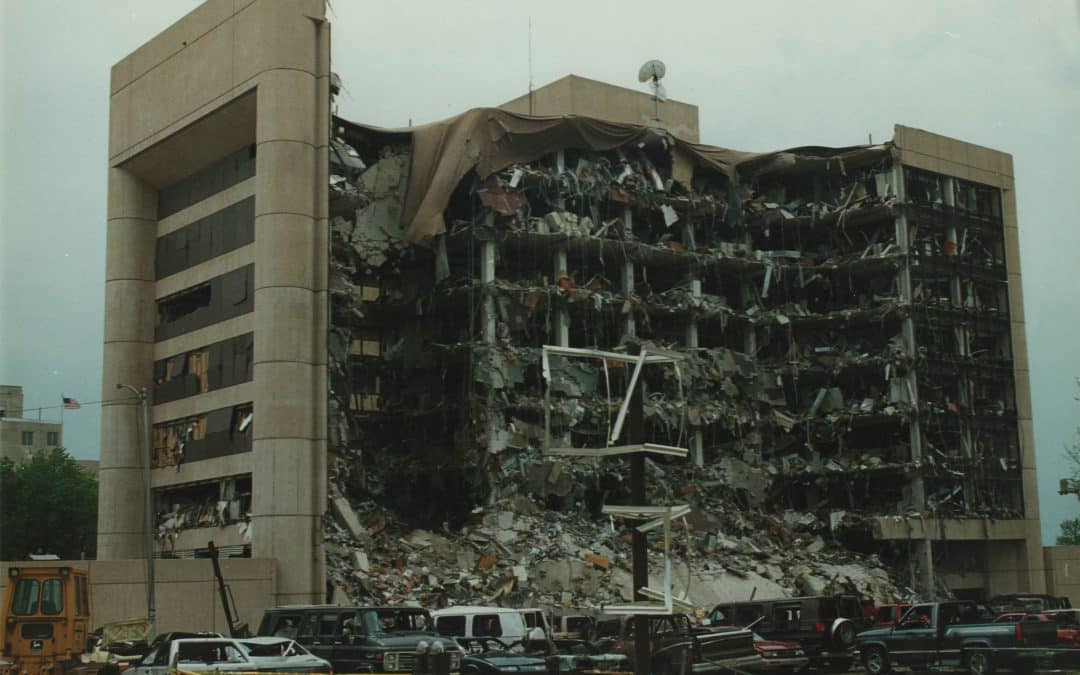 A DNA profile forgotten about for twenty years is it the final piece of evidence to put to rest remaining questions about the Oklahoma City bombing. Fox 25 first told you about the existence of the unknown DNA profile last December, but in the months that have followed there has been no identification of the profile, but there have been more people coming forward to say the attempt to cover up the truth about the unknown sample dates back more than two decades.

Officially it was Timothy McVeigh, aided by Terry Nichols, who detonated a massive truck bomb outside the Alfred P. Murrah Federal Building. However, until recently no one knew the state of Oklahoma was sitting on potentially key evidence in the form of a unique DNA profile collected from a never identified leg found after the attack.

“They claimed now that it had been so embalmed and so involved with the embalming that there was no way to retrieve any of the DNA or any physical information from it,” former Oklahoma City Master Sergeant Don Browning recalled.

Browning was one of the first responders to the bombing and as head of the canine unite he helped recover the final victims from the rubble. In 1995, when it was announced there was an unmatched leg found and there was no way to retrieve DNA from it, Browning asked his supervisor to help solve the mystery. “I’d be glad to go back out there and search that again with the dog in hopes of recovering additional remains,” Browning recalled asking, “He [the supervisor] became pretty upset with me and told me ‘No you will not.'”

Browning never thought much of the leg again until he learned the official story he had been told was a lie and there was a DNA profile pulled from the leg. That DNA profile is a unique genetic fingerprint that didn’t match any known victims. It only added to questions Browning had from a day he can never forget.

US News A large GOP House caucus is against the waiver Gen. Lloyd Austin will need to become Secretary of Defense. The post is meant for a civilian, for a soldier to sit in the position they must get a waiver from Congress. [Link] Laura Poitras says she was fired from...

Zachary Christensen is far less than a man. But Judge Curtis Gurley is less than a damned dog. His name is shit forever. His family's honor destroyed permanently. All of human history will remember his disgrace. May he bang his knee on something really really hard and...

Autistic boy having a temper tantrum. His security force suffocates him to death. No harm. No foul. Government employees can murder whoever they want. That's the law.

Scott talks to Kelley Vlahos about America's 30-year nonstop bombing campaign of Iraq, and the prospects for ending it. The destruction of Iraq, says Vlahos, has followed a familiar trend: American politicians sell the public on the need to get involved in some...

Kalmen Barkin discusses the deplorable situation of Palestinians in Israel today, a people whose lands and rights are being slowly taken away from them by the Israeli government, while the delusive promise of a two-state solution vanishes along with them. Barkin...

Scott talks to Bob Murphy about the economic side of all the covid policies this past year. Most obvious are the huge spending bills, which dwarf even the stimulus measures taken after the 2008 recession. Murphy reminds us that this kind of rampant spending really...

Peter Van Buren discusses Hunter Biden's lost laptop and the shocking documents it contains. He begins by pointing out that many American voters never heard about this story at all: the mainstream media refused to cover it, the tech companies silenced almost anyone...

100 Minutes PG-13 Bird is one-fourth of the hosts of the Timeline Earth podcast. Bird joins Pete to go over the foundation of Marxism, dialectical materialism. They then launch into a look at Lenin's main work, "State and Revolution." Episode 521: Myth and the 'Terror...

44 Minutes Not Safe for Work J Flintlock is the host of the Flintlock Faction Podcast. He served in the military and is a former prison guard J joins Pete to give him an inside look into the bureaucracy that is the US prison system and to give insight into just who is...

Episode 522: The Vets Are Joining the Fight w/ Luke and Typo from ‘Biting the Bullet’

73 Minutes Not Safe for Work Luke and Typo are the hosts of the "Biting the Bullet" podcast and two Marine Corps vets. Pete asked them to come on the show to talk about a change in messaging and why they are joining the Libertarian Party to back the Mises Caucus....

Episode 521: Myth and the ‘Terror of History’ w/ Bird from Timeline Earth

68 Minutes PG-13 Bird is one-fourth of the hosts of the Timeline Earth podcast. Bird joins Pete to go over the work of religious historian and "modernist" Mircea Eilade. Episode 516: Max Stirner's 'The Ego and His Own' w/ Bird From 'Timeline Earth' Episode 502: Pete...

On COI#58, Maj. Danny Sjursen, USA (ret.) joins Kyle Anzalone to break down Ethiopia, Mali, and Biden's foreign policy team. Danny gives a brief history of Ethiopia and explains how the country's conflicts with its neighbors. Danny explains how the Ethiopian Prime...

Connor Freeman, writer at The Libertarian Institute, returns to the show to discuss the Trump administration's decision to name the Houthi a terrorist organization. The Houthi govern most of Yemen's population. The designation will make it extremely difficult to bring...

On COI #56, Dave DeCamp, assistant news editor at antiwar.com, returns to the show. Dave and Kyle discuss the reaction to the violent protests at the capital. The establishment labeled the violent mob a coup attempt as a coup, insurrection, and domestic terrorism....

On COI #55, Connor Freeman returns to the show to talk about the unrest at the US Capitol and Biden's Iran policy. Yesterday, Trump supports pushed past police lines and broke into the Capital Building as Congress was voting to affirm the Electoral College vote. The...

https://youtu.be/8mj0P_9XkVs ....people secretly hope you’re a Nazi, because then at least they’d have a real villain to rage against.  Unfortunately for them, supply doesn’t meet demand, so they frequently turn to political gaslighting: a form of psychological...

Do You Hate the State? – Murray N. Rothbard, Ph.D

There are a few rights of passage in law school. Many of them occur in constitutional law. For instance, constitutional law is where most students will learn for the first time that judicial review, the power to declare laws unconstitutional, was not a power granted...

https://www.youtube.com/watch?v=eJpiZ1ByEmA&t=3759s Dean is a second year law student at Zoom University, School of Law. He has just finished his Constitutional Law class. He shares his experience in law school. We discuss the SCOTUS cases that your Constitutional...

https://youtu.be/ZfBebGgBGUQ Jose Galison invited me on his show, No Way Jose! for a recap of this incredibly crazy year. We covered a host of topics and realized that we didn't get to half the stuff we wanted to talk about. I guarantee you we covered a bunch of stuff...

Insurrection And The Constitution w/Michael Harris

Michael Harris joins Tommy to discuss the raid on the Capitol, what lead to the tensions that exploded that day, and what are the constitutional repercussions that we may see come down the pike....

The War On Farmers, Civil War, and The Drug War In Colombia w/Joshua Collins

Joshua Collins, a freelance journalist and photographer, joins Tommy to discuss how corporatism, civil war, and American intervention has decimated the lives of the citizens of Colombia. Joshua’s articles: https://www.murosinvisibles.com...

Tommy is joined by Navy Veteran and entrepreneur Keith Orsag. In this episode they discuss COVID, lockdowns, the election, secession, and Agorism. https://traffic.libsyn.com/secure/strangerencounterspodcast/leave_me_alone.mp3

Tommy asked Michael Harris to join him to discuss Ken  Paxton’s legal problems, and why he may have filed TX v PA about the 2020 election. https://traffic.libsyn.com/secure/strangerencounterspodcast/michael_harris_full.mp3