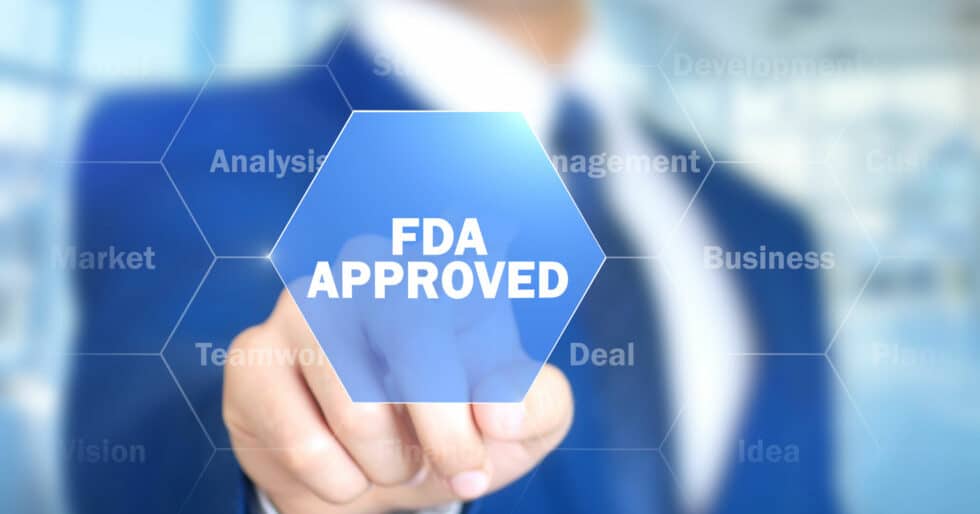 In 2006, Johnathan Lubecky was deployed to Iraq. While fighting for his country, Johnathan faced constant enemy strikes, one of which resulted in a traumatic brain injury. Exposures to the horrors of war resulted in Johnathan developing post-traumatic stress disorder (PTSD).

Tragically, many soldiers share similar experiences. The U.S. Department of Veteran Affairs estimates between 11 and 20 percent of veterans serving in the War on Terror develop PTSD. Even for those with no military experience, PTSD is surprisingly common. An estimated 8 percent of the U.S. population (roughly equal in size to the population of Texas) will experience PTSD.

Many veterans fall into this category.

Read the rest at The Lighthouse. 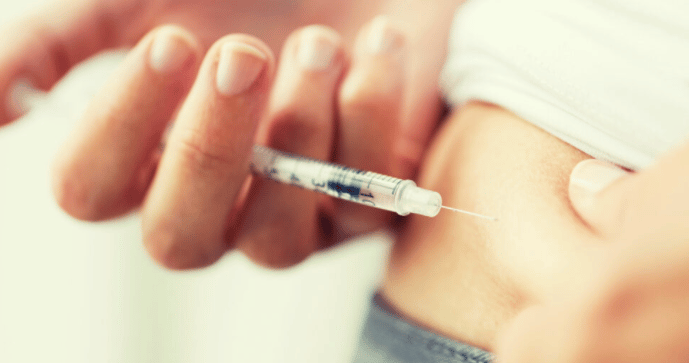 In 2015, the Centers for Disease Control ranked diabetes seventh among the leading causes of death in the United States. If current trends continue, skyrocketing death rates and other serious consequences of poorly managed diabetes will continue.

Managing diabetes is challenging, often requiring strict dieting, regular exercise, and taking a variety of medications. For an increasing number of diabetics, insulin injections taken multiple times a day are indispensable for managing their conditions.
Tragically, many diabetics who depend on insulin find themselves struggling to afford it. From 2012 to 2016, the price of insulin doubled, costing some over $5,000 a year. Reports finding “horror stories everyday” of diabetics choosing between their medical needs and their financial needs have become heartbreakingly common.

Read the full article at the Independent Institute.

Only Markets Can Alleviate Drug Shortages

The American Heart Association finds that over 1 million heart attacks occur in the United States every year. Fourteen percent of all heart attacks are fatal. Many heart attacks and other cardiovascular issues result from heart disease, which is even more common (and often more deadly).

When a heart attack happens, victims need immediate medical attention. In some cases, emergency heart surgery may be necessary. When it is, physicians often turn to a drug named Heparin.

Heparin is a popular and versatile agent that helps avoid blood clotting. It’s fast-acting properties and consistency make it one of the most commonly used medications for surgeons and physicians practicing emergency medicine. As Dr. Thorlaf Sundt, chief of cardiac surgery at Massachusetts General Hospital notes, “it is simply not possible for us to do heart surgery without Heparin.”

Alarmingly, having enough Heparin to meet the needs of patients is quickly becoming an emergency itself.

A recent NBC News article follows the difficulties Dr. Sundt and others face making sure hospitals have enough of the much-needed drug to safely perform heart surgery (as well as hundreds of other critical medications). In the article, a frustrated and deeply concerned Dr. Paul Biddinger notes, “It’s almost unfathomable in modern medicine. I never thought we would get to a point in the U.S. healthcare system where we wouldn’t have essential medicines to be able to treat patients.”

Unfortunately, drug shortages are fare from “unfathomable.” The New York Times notes drug shortages were providing serious problems for hospitals and emergency medicine since at least 2001. Shortages also extend beyond hospitals and emergency rooms. A year ago, EpiPens were in a national shortage and left millions vulnerable to serious harm from severe food allergies. Like many drugs, EpiPens remain in short supply despite numerous government efforts to make them more accessible.

Let’s remind ourselves why shortages occur in the first place and how they can be resolved. Economic principles teach us that shortages occur when too few goods chase too many customers (patients). Markets remedy this issue by allowing prices to rise, which gives producers an incentive to enter the market and supply more goods.

Most importantly, when producers are restricted from supplying more goods, shortages persist. Many factors can cause temporary shortages in drug markets. However, persistent shortages stem from longstanding barriers. And the most onerous barriers to alleviating drug shortages are regulations.

Healthcare in the United States remains one of the most regulated industries in our economy, with over ten-thousand more regulations than the median U.S. industry. These restrictions work to raise the costs of producing drugs and to restrict the ability of producers to enter the market and reduce drug shortages. Numerous other factors contribute to the complexity of supplying healthcare goods. But only regulations that limit the producer’s ability to enter the market can explain high drug prices and long-lived shortages.

Many describe drug shortages in the U.S. as a “crisis.” Unfortunately, crises often provide avenues for additional regulatory control to be approved. What we need instead is to get back to economic fundamentals and what they teach us about shortages. Although often deemed passé, years of shortages with little relief in sight indicate we might need another treatment plan.

Reprinted from the Independent Institute.

US News California’s Coastal Commission fined a homeowner $4.2 million over a failure to remove a gate and stairs for an easement project. The homeowners said they were waiting to remove the structures once the CCC was ready to break ground. However, the CCC decided...

Jim Bovard in TAC: 'Extremism' is a meaningless word weaponized by politicians against their enemies. The Biden administration revealed on Tuesday that guys who can’t get laid may be terrorist threats due to “involuntary celibate–violent extremism.” That revelation is...

I don't know. Maybe you're new at this libertarianism stuff and need to read Anatomy of the State; War, Peace and the State; Our Anti-Imperialist Heritage; Left and Right: The Prospects for Liberty; and The Case Against the Fed by Murray N. Rothbard

Eric Brakey from Young Americans for Liberty interviewed me about Afghanistan.

Scott interviews Ray McGovern about the Biden-Putin summit. It was not exactly a groundbreaking meeting, says McGovern, though Biden and Putin did agree on at least one crucial point: America and Russia must never fight a nuclear war, since the results would be beyond...

Ray McGovern is back to talk about America's relationship with Russia. President Biden met with Putin recently, McGovern explains, which is good for Biden's stance toward Russia, and, of course, for world peace. War with Russia is sometimes held out as an actual...

Scott talks to Sam Hussini about the sudden popularity of the coronavirus "lab leak" theory. For about a year straight, Husseini reminds us, anyone discussing the possibility that the coronavirus originated in a lab—even credentialed scientists—were ridiculed in the...

Scott interviews Annelle Sheline about her work on the war in Yemen. Sheline says that negotiating an end to the war has proven difficult, since both the UN framework and the U.S.-Saudi mentality is totally inconsistent with the situation on the ground. Neither will...

97 Minutes PG-13 Adam Patrick is the host of the Yer Talkin Over Me Podcast. Adam invited Pete back on his show to continue their conversation from a couple weeks ago and to ask questions specific to Pete's conversation with Matt Erickson and to start the conversation...

124 Minutes Some Strong Language Matt Erickson is the host of Kingpilled on YouTube and the co-host of "Wealth, Power and Influence" with Jason Stapleton. Pete invited Matt to come on the show and talk about the message he has been delivering about what he sees as the...

69 Minutes Some Strong Language Magnus Panvidya has come to prominence as the face of the so-called Boogaloo Boys. Pete asked Magnus to come on because Magnus mentioned to him privately that he was a huge fan of the writings of Voltairine de Cleyre who Pete mentioned...

Episode 591: My Response To A Ratf%ck In The Libertarian Party

62 Minutes Not Safe For Work Pete gives his opinion about the recent insane happenings in the  Libertarian Party and comments on an email written by a certain high dollar donor that Pete has had a run-in with in the past. Kyle Varner's Letter is Linked in the First...

On COI #125, Kyle and Will explain recent efforts in Congress to repeal the 2002 Authorization for the Use of Military Force (AUMF), which gave legal authority for the US invasion of Iraq. Kyle argues that while the 2002 authorization has been invoked a few times...

COI #124: An Afghan War Vet Weighs in on the Withdrawal

Scott Spaulding, host of ‘Why I am Antiwar’ and an Afghan War vet, returns to the show to discuss the withdrawal from Afghanistan. As thousands of troops and contractors make their exit, Scott gives his unique perspective on what the pullout will mean for the Afghan...

On COI #123, Maj. Danny Sjursen returns to the show to discuss Daniel Ellsburg, the coup in Mali, and the potential for another war between Armenia and Azerbaijan. This week marked the 50th anniversary since the NYT began publishing the Pentagon Papers, leaked by the...

On COI #122, Kyle and Will break down a controversy centered on Democratic Rep. Ilhan Omar, who landed in hot water after suggesting that the United States, Israel, Hamas and the Taliban all commit atrocities alike. While she was accused of equating "democratic...

https://youtu.be/IIhvTkddNAc ... the individual has no natural right to any quantum of property; rather, his natural right is the equal liberty to acquire and keep property. Murray N. Rothbard Conceived in Liberty v. 4, p. 179; p. 1293 Find Shane Hazel here:...

https://youtu.be/sdspomCV-xw ... the importance of the Hayek theory of the business cycle is that it puts the blame for the boom-bust cycle squarely on the shoulders of the government and its controlled banking system, and, for the first time since the classical...

Without Government, Who Will Build the Roads? Walter Block & Keith Knight

https://youtu.be/NpeBs1qJ7eo ... the State is careful to monopolize police and judicial service, the ownership of roads and streets, the supply of money, and the postal service, and effectively to monopolize or control education, public utilities, transportation, and...

https://youtu.be/3jlBYFsGprc In war, State power is pushed to its ultimate, and, under the slogans of “defense” and “emergency,” it can impose a tyranny upon the public such as might be openly resisted in time of peace. War thus provides many benefits to a State, and...

https://www.youtube.com/watch?v=5aa_jbd4mDs Dave DeCamp is the news editor of Antiwar.com where he meticulously tracks the expansion of the US Empire. Dave joins me to discuss the recent Biden Putin Summit and the Biden Administration's preparations for war with...

https://www.youtube.com/watch?v=obIXmwX5_-I Were US banking interest behind China's precipitous rise to world power? What is China's place in the New World Order? What is driving the "destined for war" narrative between the West and China? Are the Chinese committing...

Alright, so here are my live audio recordings from Chillderburg III! The experience was incredible and I was so glad to meet so many people I have known online only for so long. Please give your love to the guests I had on the show. Also, I hope the listeners can get...

The latest flare-up in the geopolitical standoff over Ukraine is a feature, not a bug, of Washington's most recent grand narrative of global affairs. The names of these grand narratives read more like B-list action titles than mass-murder campaigns: From the...

I asked Cotton of The Slurp Gang Podcast to join me for a deep conversation into a topic he brought to my attention, Capitalist Realism by Mark Fisher. I crammed for the exam and may have sent the conversation spiraling a few times, but this topic is so in depth and...