State of Illinois To Wipe Arrest Records for Marijuana Convictions

Matt Agorist at The Free Though Project.

On June 25, 2019, Gov. J.B. Pritzker signed HB 1438 into law which ends cannabis prohibition and replaces it with a system to tax and regulate cannabis for adults 21 and over. But the bill didn’t stop there, it also includes an automatic expungement process for those whose lives have been ruined by the state who kidnapped and caged them for possessing marijuana.

Unlike the previous measures in other states, which fell short by requiring people with marijuana convictions to file forms and requests within arduous bureaucratic restraints, HB 1438 is automatic. Now, people arrested for possessing this plant in small amounts won’t have to do anything to have it wiped from their records. 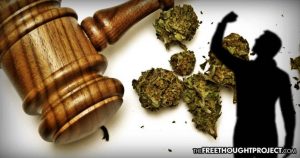