Women Are Responsible For Nearly Half Of Recent Gun Sales 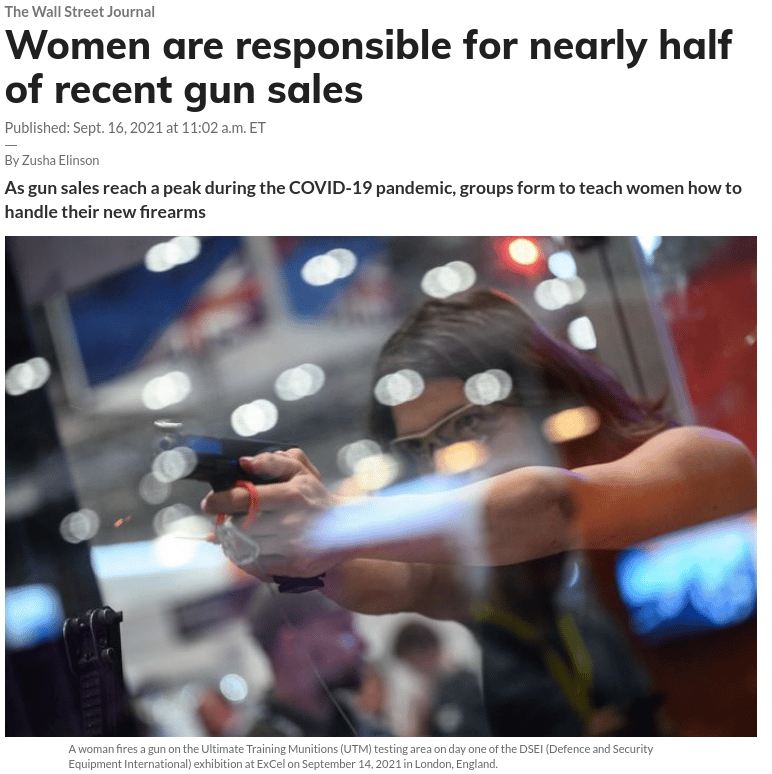 SAN DIEGO— Close to half of all new U.S. gun buyers since the beginning of 2019 have been women, a shift for a market long dominated by men, according to a new study.

The preliminary results from the 2021 National Firearms Survey, designed by Deborah Azrael of the Harvard T.H. Chan School of Public Health and Matthew Miller of Northeastern University, show an estimated 3.5 million women became new gun owners from January 2019 through April of this year. About 4 million men became new gun owners over that period, they found.

For decades, other surveys have found that around 10% to 20% of American gun owners were women.

The number of federal background checks for gun purchases hit an all-time high in 2020 of 21 million, according to an analysis of federal data by the National Shooting Sports Foundation, an industry trade group.