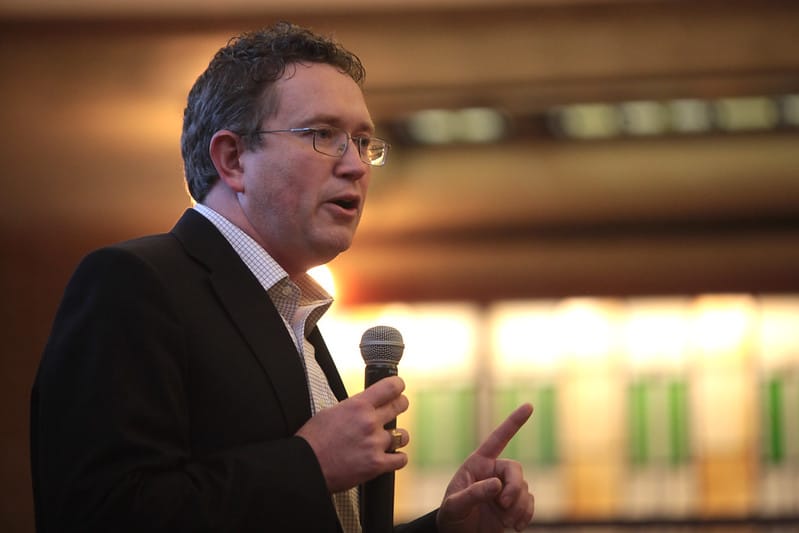 On Tuesday, the House passed a non-binding resolution expressing “unequivocal support” for the North Atlantic Treaty Organization (NATO). While the bill easily passed, 63 Republicans voted against the measure, earning them the ire of the foreign policy establishment.

The legislation was introduced by Congressman Gerald E. Connolly (D-VA) at the beginning of December. The resolution calls on President Joe Biden to “adopt a new Strategic Concept for NATO that is clear about its support for shared democratic values and committed to enhancing NATO’s capacity to strengthen democratic institutions” and “establish a Center for Democratic Resilience within NATO headquarters.”

During a Foreign Affairs Committee hearing in 2021, Rep. Connolly argued “that NATO should establish a center for democratic resilience within NATO itself with the purpose of helping member States strengthen democratic institutions to serve as a resource, to establish best practices and  benchmarking and to, frankly, provide consulting opportunities for existing NATO members and would-be NATO members.”

Rep. Connolly also serves as the NATO Parliamentary Assembly President. He has received nearly $400,000 in donations from the defense industry since joining Congress in 2008.

While Connolly’s second job and military-industrial complex ties have not resulted in scrutiny, the 63 Republican legislators have faced questions about their loyalty to America. Rep. Bill Pascrell Jr. (D-NJ) said the vote was evidence the GOP “truly is Putin’s Party.”

Rep. Thomas Massie (R-KY) explained his no vote on Twitter. “NATO is a relic of the Cold War. Why should Americans pay for Europe’s defense?” the Congressman tweeted.