Doctors Speak Out, Say Julian Assange ‘Could Die in Prison’ Due to Horrific Treatment and Neglect

Doctors Speak Out, Say Julian Assange ‘Could Die in Prison’ Due to Horrific Treatment and Neglect 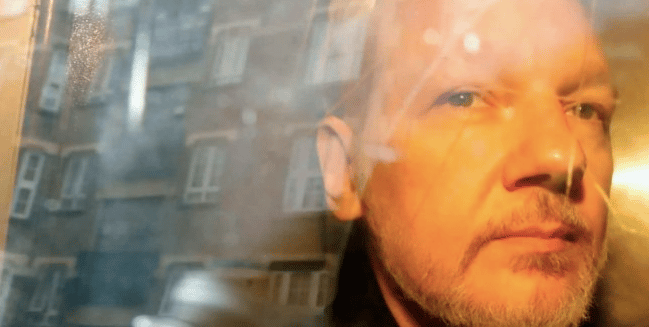 As TFTP reported in April, several men in black suits, surrounded by a dozen cops, raided the Ecuadorian embassy in London and kidnapped Julian Assange. Since that day, Assange has been rotting in solitary confinement as his health drastically deteriorated. “Unless the UK urgently changes course and alleviates his inhumane situation, Mr. Assange’s continued exposure to arbitrariness and abuse may soon end up costing his life,” the UN special rapporteur on torture and other cruel, inhuman or degrading treatment, Nils Melzer, said in a statement. That was more than a month ago and nothing has changed. Now, dozens of other doctors have issued a warning that if Assange’s conditions do not drastically improve and proper medical care given, this hero for freedom could die in prison.

On Saturday, more than 60 doctors from around the world published an open letter calling on the British government to transfer the 48-year-old Assange to a hospital where he can get proper treatment. The doctors based their plea on reports from their colleagues like Nils Melzer and friends who have visited and seen Assange. The doctors are from the United States, Australia, Britain, Sweden, Italy, Germany, Sri Lanka, Poland.

“We write this open letter, as medical doctors, to express our serious concerns about the physical and mental health of Julian Assange,” the doctors said in their 16-page open letter.

“Mr Assange requires urgent expert medical assessment of both his physical and psychological state of health,” they wrote. “Any medical treatment indicated should be administered in a properly equipped and expertly staffed university teaching hospital (tertiary care). Were such urgent assessment and treatment not to take place, we have real concerns, on the evidence currently available, that Mr Assange could die in prison. The medical situation is thereby urgent. There is no time to lose.”

Moments after men in black suits conducted the snatch and grab of Assange in April, the Department of Justice released a statement charging Assange with computer hacking “conspiracy” for allegedly working with US Army soldier at the time, Chelsea Manning.

According to the DOJ, Assange’s roll in the alleged conspiracy with Manning was encouraging her to provide more information—something that any journalist worth their salt would be doing. This move has amounted to little more than the blatant criminalization of journalism.

Nevertheless, this journalist has been held in a maximum security prison where he is held in isolation and not allowed much exercise. He also has limited access to computers and personal documents his lawyers say he needs for his defense against extradition to the U.S.

Assange’s gruesome imprisonment is evidence of the United State’s influence over Great Britain. In May, he received a 50-week sentence on a seven-year-old bail-jumping charge stemming from his decision to leave Sweden – with authorities’ permission, which was later rescinded – during an investigation into rape allegations. Despite Sweden dropping all the charges against Assange — citing lack of evidence — English authorities continue to hold this man in a maximum security prison.

Assange now faces extradition to the United States where he will be further prosecuted for “conspiracy” for doing nothing other than exposing war crimes of the West.

Julian Assange is a hero. His actions helped to expose horrifying crimes carried out by the US government, including mowing down innocent journalists with a .50 cal. His persecution by the UK and the US is undoubtedly retaliation and punishment for exposing these crimes.

The idea that a journalist is being held in solitary confinement on a whim from this administration, and also faces the possibility of being “disappeared” in a US black site prison after his extradition, is utter insanity. What’s more, thanks to the horrific conditions under which he’s being held, Assange may not live long enough to be extradited. Perhaps this was their plan all along….

The US is now a country that celebrates death not only in the form of perpetual wars and endless occupations, but the death of journalism as we know it. Truth, or the seeking of, is an enemy to those who wish to kill for profit, and those who expose this truth become enemies by proxy.

Assange wanted people to know true history as this is the path to peace. “If wars can be started by lies, they can be stopped with the truth.”

When the state can lock people up for seeking said truth, allowing them to die in the process, the very existence of truth is at risk of being wiped out.

Reprinted from the Free Thought Project.