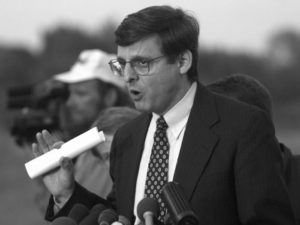 Given the recent stories about Merrick Garland’s experience at the helm of the Oklahoma City bombing prosecution and his own comments about prosecuting white supremacists should he be made Attorney General, I have some questions about Garland’s handling of the OKC bombing case.

If Merrick Garland is truly dedicated to prosecuting dangerous white supremacists then he can show it by reopening the 1995 Oklahoma City bombing case and identifying and prosecuting Timothy McVeigh’s accomplices. I would not be alone in calling for the case to be re-opened. Danny Coulson, the FBI on-scene commander for the Oklahoma bomb site, agrees. In 2004, Coulson told John Solomon of the Associated Press that there are “some unanswered questions here. A lot of things happened that were inappropriate,” Coulson said. “I think it needs to be reopened, but I don’t think it should be reopened by the FBI. It needs to be a special investigator, a lawyer, totally independent. He needs to have subpoena power and the ability to use a grand jury.”

Danny Defenbaugh, then the retired chief of the FBI’s OKBOMB investigation agreed: “If I were still in the bureau, the investigation would be reopened” said Defenbaugh, commenting on new evidence that came to light almost a decade after the bombing. ”If the evidence is still there, then it should be checked out.”

Garland can kick off this effort by compelling the FBI to produce the surveillance camera footage that shows two men exiting the Ryder truck, and he can finish by apologizing for letting dangerous white supremacists get away with it for the last 25 years. 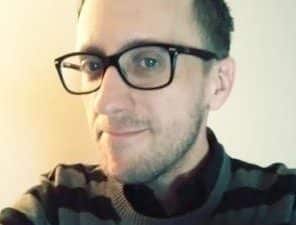 Richard Booth is an independent citizen journalist. You can find Richard's journalism published in Garrison: The Journal of History and Deep Politics and at The Libertarian Institute.