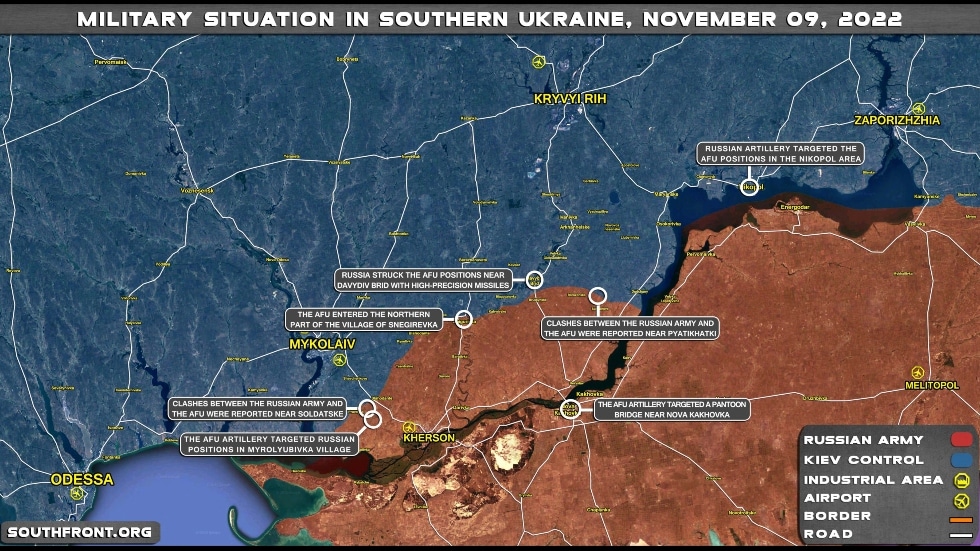 Russia announced on Wednesday that it is pulling out of areas in the southern Ukrainian region of Kherson on the west bank of the Dnieper River, which includes the city of Kherson.

Russia Defense Minister Sergey Shoigu announced the move in a meeting with Gen. Sergey Suroviki, who was recently appointed as the commander of Russian forces in Ukraine.

Surovki reported to Shoigu that keeping troops on the west bank of the Dnieper River wasn’t worth the risk over claims that Ukraine could blow up the Kakhovka dam, which would cause major flooding in the region, leaving troops isolated. Russia recently accused Ukraine of shelling the dam using US-provided HIMARS rocket systems.

“Start withdrawing the troops and take all measures to ensure the safe relocation of the personnel, armaments and hardware behind the Dnieper,” Shoigu told Surovki, according to the Russian news agency TASS.

Russia had been evacuating civilians from the region for weeks, and Shoigu said the full withdrawal was to protect Russian troops as well as civilians. “For us, the life and health of Russian servicemen is always a priority. We must also take into account the threat for the civilian population,” he said.

The withdrawal marks a significant pullback of Russian forces from a region that Russian President Vladimir Putin recently annexed and declared was now part of Russia. Ukrainian officials are still skeptical that Russia is fully withdrawing from the area.

Mykhailo Podolyak, an advisor to Ukrainian President Volodymyr Zelensky, said that it was too early to confirm if Russia was pulling out. “Until the Ukrainian flag is flying over Kherson, it makes no sense to talk about a Russian withdrawal,” he said.

According to some media reports, a Russian withdrawal from Kherson could potentially open the door to diplomacy. TASS reported this week, citing a report in the Italian newspaper La Repubblica, that the US and NATO might think peace talks are possible if Ukraine retakes Kherson.

On Wednesday, unnamed US and Western officials told NBC News that the winter might provide an opportunity for a diplomatic solution in Ukraine. The officials said that if Ukraine takes Kherson, it could put the government of Ukrainian President Volodymyr Zelensky in “a better position to negotiate.”