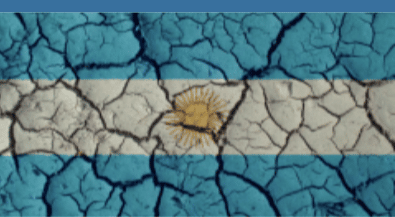 On August 11, 2019, the presidential ticket of Alberto Fernández and Cristina Fernández de Kirchner pulled off a major electoral upset against incumbent President Mauricio Marci in the Argentine primary elections. Based on their performance last month, they’ll be able to compete in the general election on October 27, 2019. Winning by a 16-point margin, many on the political Left see this as a sound rejection of Macri’s supposedly neoliberal policies.

The aforementioned accusations of Macri’s administration being “neoliberal” is a typical slur in Latin American politics and is usually directed toward right-wing administrations and their nominal devotion to markets. Conventional wisdom states that these regimes are working day and night to implement radical free-market policies consisting of the privatization of every sector of the economy, drastic spending cuts, and the down-sizing of the regulatory state.

If these critiques were taken at face value, we would be under the impression that Latin American countries were well on their way toward a libertarian political order every time they turned to the International Monetary Fund for aid. However, careful inspection of actual policy moves, not sensationalist media takes, shows that this perception is erroneous. In many cases throughout Latin America, as we’re now seeing in Argentina, there was never really a genuine move toward free markets. At best, most of these governments are trying to patch up the fiscal misbehavior of previous populist administrations.

The heads of government may talk a big game about free markets, but their policy actions tell a different story. Once in a blue moon, certain governments may get a few policies right, but institutional inertia and a lack of a political will to carry out market reforms put these countries back on the path to economic mediocrity. Macri’s Argentina is a prime example.

Macri’s predecessor Cristina Fernández de Kirchner (CFK) implemented a series of interventionist policies such as currency controls, price controls, and subsidies to correct the errors of the previous “neoliberal” decade of the 1990s. Thanks to high commodity prices in its agricultural sector, Argentina could coast economically throughout the first decade of the twenty-first century. However, the chickens eventually came to roost once commodity prices dropped and CFK’s policies began to take a serious toll on the Argentine economy. By 2014, Argentina defaulted on its debt and inflation began to rise well into the double digits. Naturally, the growing discontent following Argentina’s 2014 default paved the way for Macri’s election in 2015.

Described as a “non-Peronist,” Macri’s presidency was viewed as a rejection of the previous populist politics of the Kirchner era. However, Macri’s administration morphed into another phase in the repetitive cycle of economic instability that has characterized Argentina’s political economy during the last 70 years. Winning by a slim margin and not having control of the Argentine Congress, Macri faced considerable institutional inertia in trying to pass any meaningful economic reforms.

Juan Carlos Hidalgo, a Latin American policy analyst for the Cato Institute, provided a sobering analysis of the dilemma Macri has faced throughout his presidency.

Dismantling currency and price controls, cutting back subsidies, reducing overall spending, bringing the deficit under control, and taming inflation was not going to be easy. The question from the beginning was, what kind of approach would Macri adopt to reforms? He opted for gradualism. Macri was quick to lift currency controls and return Argentina to international bond markets, but he failed in cutting spending. Thus, the fiscal deficit remained high, taxes continued to be punitive, and high inflation endured.

Instead of implementing bold market reforms, Marci opted for the road most traveled — gradualism. With his back against the wall, Macri ended up having to negotiate a $57 billion bailout with the IMF. When dealing with the IMF, it’s always a mixed bag. On one hand, Macri was able to reduce spending. On the other, he raised taxes and even brought back price controls in a futile attempt to tame inflation. Not exactly what Argentina’s economy needs at this very moment.

What Argentina is going through is a sad situation that could have been avoided had the country made a concerted effort like Chile made during the 1970s and 1980s to liberalize its economy. Sadly, Argentina has not learned this lesson and is now just meandering its way along the played-out populist cycle that it has gone through for decades. Although it’s not Venezuela, Argentina’s refusal to embrace coherent market policies will make it susceptible to more economic reversals and leave its political system wide open for demagogues to exploit.

Argentines have every reason to be mad at Macri’s current administration. Inflation is expected to rise to 53 percent by December 2019. Now, there are talks about the country potentially defaulting on its debt, which would make it the ninth time the country has defaulted in its history. Since 1950, Argentina has defaulted 7 times.

In Argentina’s case, it seems that old political habits die hard. So, no matter who ends up winning the presidency in October, the Argentine people are set to lose.

Permission to republish from The Mises Institute.

END_OF_DOCUMENT_TOKEN_TO_BE_REPLACED

The Senate impeachment trial of former president Donald Trump confirms historian Henry Adams's adage a century ago that politics “has always been the systematic organization of hatreds.” The impeachment process was a farce that should fortify Americans’ disdain for...