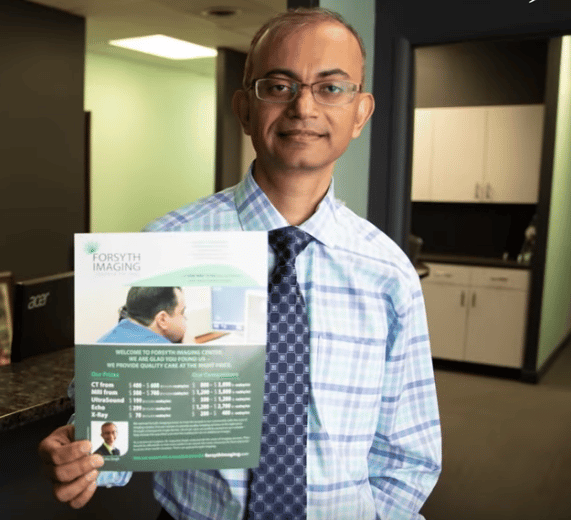 One of countless regulations imposed on America’s healthcare industry, CON laws serve as yet another reminder of just how far our nation is from having anything remotely resembling a “free market” in healthcare.

In short, CON laws require medical care facilities and providers to get approval from a state commission to acquire certain medical equipment or otherwise expand the capacity of their facility.

In the case of Dr. Singh, a general surgeon in Winston-Salem, North Carolina, his case arises from his desire to purchase a new MRI machine for his practice.  Dr. Singh contends that doing so would “lower prices for patients by adding competition to the other provider of an MRI” in his area.

“We’re trying to make health care really affordable where a patient can come and not worry about it,” he said. “I’ve been on the other side of the fence where I didn’t have enough money. I grew up poor. I understand, and I feel how much it costs.”

Naturally, the biggest supporters of preserving North Carolina’s CON laws is the hospital lobby. CON laws protect them from new competition and as such enable incumbent providers to have near monopolies in their geographic area, providing the hospitals with much stronger bargaining power to negotiate higher reimbursement rates from insurers. The higher costs, of course, are passed on in the form of more expensive insurance premiums.

According to news reports, the hospital lobby admits as much. One article wrote: “Cody Hand, Vice President of the North Carolina Healthcare Association, said he understands Singh’s issue but maintains that patients can’t afford to have medicine be a totally free-market environment.”

The Institute for Justice (IJ), who is representing Dr. Singh in the case, provides more insight on the benefits Singh would like to bring to patients in his community.

Instead, Singh is required to rent an MRI scanner at a cost of thousands of dollars per day. North Carolina’s CON law is what is preventing him from purchasing an MRI scanner in order to offer much more affordable services.

As IJ points out, “Unfortunately, Dr. Singh cannot even start the costly and cumbersome permit process because a board dominated by regulators and industry insiders has determined his community is not in need of any additional MRI scanners.”

What’s perhaps even more absurd, even if the government board stacked with representatives of incumbent medical providers acknowledges a “need” for an additional MRI scanner in Singh’s community, state law allows competitors to challenge the granting of a permit for new medical equipment. State law “allows other providers, like the hospital down the street from Forsyth, to fight him at every step of the way. When all is said and done, obtaining a permit for an MRI scanner can cost upwards of $400,000,” according to IJ.

The original CON laws date back to the 1970s and were passed at the federal level. The stated purpose for CON laws was to control healthcare costs by limiting the amount of “unnecessary” health services and facilities invested in by hospitals and other providers. Presumably, government bureaucrats were in a better position to determine a community’s needs for medical devices and hospital beds than the providers themselves.

The federal laws, however, did not live for long.

As the Mercatus Center at George Mason University writes, “In 1986—as evidence mounted that CON laws were failing to achieve their stated goals—Congress repealed the federal act, eliminating federal incentives for states to maintain their CON programs.”

Disappointingly, only 15 states have completely done away with their CON regulations. A majority still maintain some level of CON programs, and North Carolina has one of the most restrictive webs of CON laws in the nation.

Scholars at Mercatus have come to the unsurprising conclusion that CON laws limit the supply of available medical care. In one study they find “that states with CON programs have about 99 fewer hospital beds per 100,000 people than states without these regulations.”

In Dr. Singh’s state of North Carolina, Mercatus estimates that if the state were to eliminate its CON laws, patients could have access to roughly 35,000 more MRI scans per year – a 5 percent increase. Moreover, the state would have 80 rural hospitals, compared to the 56 it has now, and 187 total hospitals compared to the current 132. The increased supply and competition would lead to financial relief for patients. According to the Mercatus research, eliminating CON laws in North Carolina would lower that state’s total healthcare spending per capita by more than $200 per year.

The growing support for single-payer healthcare plans, such as Medicare for All, is driven in no small part by the belief that what plagues the U.S. healthcare industry is not enough government intervention.

Certificate of Need laws, and the case of a North Carolina doctor that is forced to sue his own state government for permission to offer lower-priced medical services, serves as one of many examples that proves otherwise.