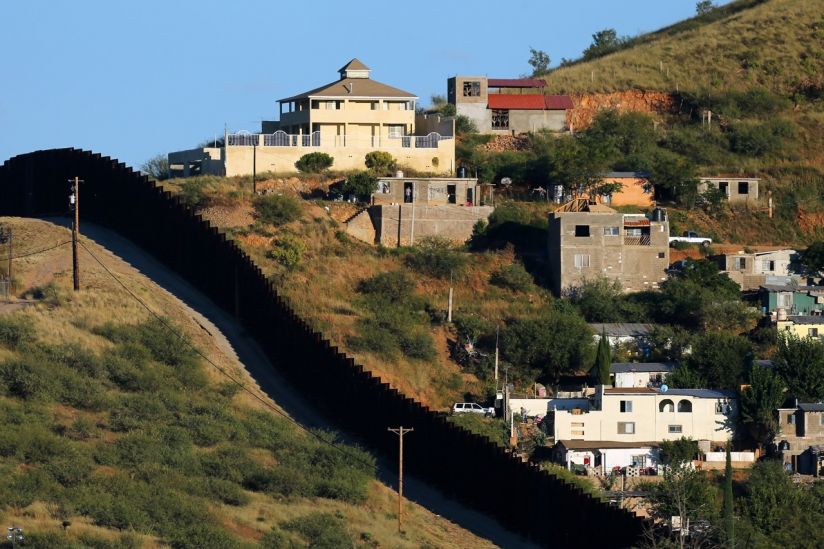 Immigration brings out the social engineers and central planners across the political establishment. We see this clearly in the debate over Donald Trump’s support for legislation that would cut legal immigration in half while tilting it toward well-educated English-speakers and against low-skilled non-English-speakers.

Even establishment opponents of Trump’s position believe “we” must update the immigration system to better serve “the economy.” But they disagree on particulars. Trumpsters think the economy needs only scientists and inventors (preferably future Nobel Prize winners, I suppose), while Republican and Democratic anti-Trumpsters counter that the economy also needs some unskilled workers to pick crops in the hot sun and do menial work in luxury resorts, which Americans apparently don’t want to do.

But what is this thing they call “the economy,” which has needs? Social engineers of all parties and persuasions talk as though an economy is some kind of mechanism to be centrally fine-tuned and overhauled occasionally according to a plan. Even those who style themselves free enterprisers display the central-planning mentality when it comes to immigration.

Contrary to this establishment view, the economy is not a mechanism. It is, rather, hundreds of millions of American producers and consumers, who also happen to be embedded in a global marketplace. Why can’t they be trusted, without the direction of politicians, to decide for themselves what they need and to engage in social cooperation — that is, among other things, to trade goods and services — to obtain it?

It is we whom the social engineers wish to manipulate. In the process they would cruelly keep poor people in perpetual misery and political oppression by locking them out of America. Why? Because the economy doesn’t need them.

Like all central planners, the immigration planners exhibit what F. A. Hayek called “the pretense of knowledge.” Do these presumptuous frauds know what specific skills will be demanded in the future? To know that, they would have to know what products will be demanded in the future. But we don’t know what we’ll want because lots of things have not been invented yet. And we can’t predict who will invent them. People who today have few skills and who speak no English will be among those who make our lives better. Let them come here to make better lives for themselves. That’s their right, which is justification enough. But we will benefit too.

Notice, also, that advocates of immigration control — progressive and conservative — often say the economy doesn’t have enough jobs for the people already here. So how can we let more in? This assumes the “size” of the economy is fixed and that more people would result in smaller shares for everyone. But if we stop thinking of the economy as a mechanism and start thinking of it as an unending series of exchanges between people seeking their betterment, we can see through this fallacy. Newcomers are both producers and consumers. Therefore their entry into our society presents new opportunities on both the supply and demand sides. In a freed economy this would portend higher living standards for everyone. (Regarding today’s wage pessimism, see Bryan Caplan here.)

Resources are not fixed, as evidenced by the fact that seven billion people are far wealthier today than much smaller world populations were in previous ages.

In fact, resources — that is, useful materials — are not even natural. As the great economist Julian Simon taught us, what we call natural resources are merely useless things and even detriments until someone exercising intelligence — “the ultimate resource” — discovers how we may use them to make our lives better. Not so long ago, you would have paid dearly to remove crude oil from your land. Then a chemist distilled kerosene from it. Kerosene was better and cheaper than whale oil for lighting lamps; and so, suddenly, finding oil — “black gold, Texas tea” — on your land turned you into Jed Clampett.

We indeed live in a world of scarcity, but that doesn’t mean total wealth does not grow, making everyone richer. Because of human intelligence, we get more and more output from less and less input. A growing population makes us not poorer but richer — if we are free. My favorite line in Ludwig von Mises’s Human Action is: “The fact that my fellow man wants to acquire shoes as I do, does not make it harder for me to get shoes, but easier.” What did he mean? “Because many people or even all people want bread, clothes, shoes, and cars, large-scale production of these goods becomes feasible and reduces the costs of production to such an extent that they are accessible at low prices.”

Let’s also dispense with the nonsense that current immigrants are a subversive element in society because they have their own cultures and speak their own languages. That nonsense was spoken about every immigrant group throughout American history. We will thrive when people are free to live in any peaceful way they choose. The nationalists are simply wrong. Attempts to plan society must come to grief. (See my “In Defense of Extreme Cosmopolitanism” and “The Religion of the State.”)

If we Americans value freedom, we will dismiss the social engineers, open the borders, and liberate ourselves.