The Federal Reserve is the Most Dangerous Enemy of the U.S. and its Economy

The Federal Reserve is the Most Dangerous Enemy of the U.S. and its Economy 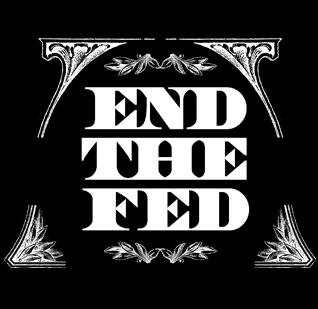 “Banking was conceived in iniquity and was born in sin. The Bankers own the earth. Take it away from them, but leave them the power to create deposits, and with the flick of the pen they will create enough deposits to buy it back again. However, take it away from them, and all the great fortunes like mine will disappear and they ought to disappear, for this would be a happier and better world to live in. But, if you wish to remain the slaves of Bankers and pay the cost of your own slavery, let them continue to create deposits.” ~ SIR JOSIAH STAMP, (President of the Bank of England in the 1920’s, the second richest man in Britain):

Those that control the money, control everything. This truth has never been more evident than it is today in this country, all due to the banking system’s control of all money and politics for the past 106 consecutive years. This criminal cartel has laid waste to any free market system of money, and monopolized the entirety of the fraudulent centrally planned monetary system of the United States. All this was done in their own interest, and at the expense of the general population. As mentioned above, the American citizen has allowed his slavery to this system, and that slavery is still in place today.

The common man has no concept whatsoever of the true reality of money. This of course is by design, as the monetary process in the U.S. has been structured and presented in such a way as to make it seem extremely complicated, and outside the understanding of the dumbed-down public-schooled population. Most think that money are those assets in their bank and investment accounts, while in fact, over 90% of the entire money supply is created out of thin air by the private banks that control the supply of money in the U.S. This fake money is created, loaned out, and then payable back to these same banks with interest. These are not dollars that were deposited by others; it is simply nothing that turns into money for the banks for free. A scheme at this level of corruption is pure genius so long as the general population remains in a state of unmitigated ignorance.

In addition, the so-called “representative” government, those charlatans voluntarily elected by the people, use borrowed money in order to spend, and the current public debt due to that borrowing is well over $23 trillion dollars. When the government borrows, the central banks create this money from nothing, loan it to the government in exchange for treasury bonds, and the government then adds this to public debt. It pays back from the pockets of its citizens all that money created plus interest. The banks that made the loans never had any money in the first place; they just steal every dollar from the rest of us via counterfeiting and extortion. They have zero risk, and have all the money they can print.

As James Corbett pointed out in Century of Enslavement: The History of the Federal Reserve, “The fact is that the Federal Reserve System is comprised of a Board of Governors, 12 regional banks, and an Open Market Committee. The privately-owned member banks of each Federal Reserve Bank vote on the majority of the Reserve Bank’s directors, and the directors vote on members to serve on the Federal Open Market Committee, which determines monetary policy. What’s more, Wall Street is given a prime seat at the table, with tradition holding that the president of the powerful New York Federal Reserve Bank be given the vice chairmanship of the FOMC and be made a permanent committee member. In effect, the private banks are the key determinants in the composition of the FOMC, which regulates the entire economy.”

The Federal Reserve Board in Washington, D.C., including the Board of Governors appointed by the president, is the only part of the system that has any federal aspect whatsoever, but does that board control the Federal Reserve banks? It absolutely does not, and in fact, just the opposite is the case. The banking cartel controls the money, and therefore controls the politicians and government. The Fed governors chosen by the president do not answer to the president or to the Congress. In fact, the chairman of the Federal Open Market Committee is only obligated to testify before Congress, but has no legal obligation whatsoever to that body. The government has no say at all concerning the actions of the Fed, so economically speaking; the Fed controls the entirety of the economic system.

It is not often mentioned, but the current Board of Governors members have very storied pasts, and this is telling considering their loyalties, which are to the banking system, not to the government or the people. The current chairman, Jerome Powell, has been associated with the U.S. Department of the Treasury, a partner at the corrupt Carlyle Group, which was the inner circle of The Bush family, the Saudi Royal family, Osama Bin Laden’s family and Donald Rumsfeld. He was also an investment banker in New York. The other current members have held positions as state bank commissioner, bank president, and policy advisor for FEMA and Homeland Security. They have been heavily involved with the Brookings Institute, McKinsey & Company, PIMCO, the Council on Foreign Relations, the Cynosure Group, Carlyle Group, and the International Monetary Fund. This is not nearly a complete list, but is a who’s who of big banking, major investment companies, powerful political connections, and globalist movements, many involved in extremely corrupt and profitable relationships that have close ties to war, banking, and Fed policy. Now they are in charge of the economic decisions of the country. Scandals abound concerning some of these entities, but these connections with the Federal Reserve members are rarely in the daily mainstream news. The Chairman and three others currently sitting on the Board of Governors were appointed by Trump, and this entire group, plus the heads of the Federal Reserve Banks determine the economic policy of this country.

The criminal banking cartel created the Federal Reserve, wrote its own rules, and Congress went along, and it became law. The banking magnates now regulate their own industry, have no oversight whatsoever, and have the “legal” authority to issue and fully control the entire monetary system due to their monopoly on the production of money. The conspiracy of the participants in this powerful money cartel called the Federal Reserve is fully evident with only a modicum of research, and is much deeper than can be presented here in this short article. The entirety of the Federal Reserve, including all those presidential appointees, the banking heads, the politicians, and those controlling elites behind the scenes, all collude for personal profit and power. This is appalling, and can only exist with the consent of the masses at large, those who have now apparently lost all ability to think.

This is a stacked deck, and one that benefits only the controlling class in banking, and works against the American public. The Fed is the facilitator of torture, war, and conquest because it is the supplier of money for all the horrendous activities of this terroristic government. It enriches the few in the elite class with money and power, all at the expense of the rest of society. This is corruption writ large, and it will not end until the Federal Reserve is abolished.

Reprinted from the LewRockwell.com.