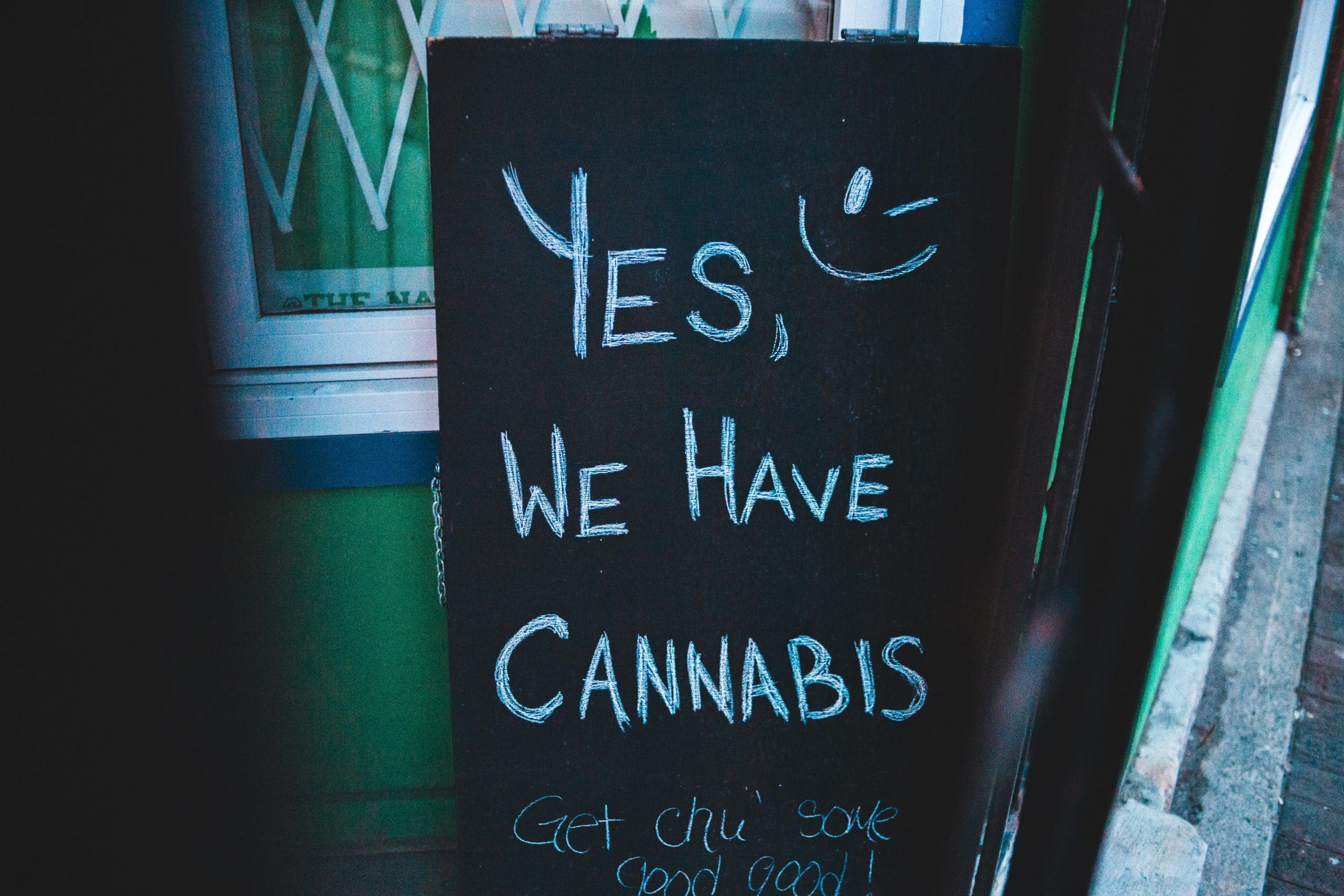 The federal government considers growing, distributing, buying, selling, possessing, or using marijuana to be a criminal offense, punishable by fines and imprisonment. Possession of marijuana will get you a maximum sentence of one year in jail and a minimum fine of $1,000 for a first conviction.

Yet there are fourteen states (plus the District of Columbia) where the recreational use of marijuana is legal.

In the Supreme Court case Gonzales v. Raich (2005), the Court ruled that the federal government has the authority to prohibit marijuana possession and use for any and all purposes because the Controlled Substances Act did not exceed Congress’s power under the commerce clause as applied to the intrastate cultivation and possession of marijuana for medical use.

Yet there are thirty-five states (plus the District of Columbia) where the medical use of marijuana is legal.

The federal government classifies marijuana as a Schedule I controlled substance under the Controlled Substances Act with “a high potential for abuse,” “no currently accepted medical use in treatment in the United States,” and “a lack of accepted safety for use of the drug under medical supervision.”

Yet there were six ballot measures in five states that related to marijuana in the 2020 election, and they all passed by either wide or comfortable margins.

What does all of that have to do with Republicans?

South Dakota voters were able to decide on legalizing both medical and recreational marijuana at the same time. Initiated Measure 26 sought to establish “a medical marijuana program in South Dakota for individuals with a debilitating medical condition.” It passed by a margin of 69.92 to 30.08 percent. Constitutional Amendment A sought to “legalize the recreational use of marijuana and require the South Dakota State Legislature to pass laws providing for the use of medical marijuana and the sale of hemp by April 1, 2022.” It passed by a margin of 54.18 to 45.82 percent.

Before the election, South Dakota governor, Kristi Noem, a Republican, publicly opposed both the measure and the amendment. And after the first of the year, she sought to thwart the will of the people of South Dakota.

Noem “announced a plan to delay the state’s medical marijuana program implementation until July 1, 2022, a year later than the dates included in the initiative.” She also led the effort to overturn the legalization of marijuana for recreational use (the first time a state governor has done such a thing). Noem said that voters made “the wrong choice” by deciding to legalize marijuana. She said that she directed the petitioners (two police officers) challenging the election outcome “to commence the Amendment A litigation” on her behalf.

What is so disheartening about this is that Noem is one of the “better” Republican governors, perhaps even the best one, when it comes to doing as little as possible to destroy individual liberty and property rights during the COVID-19 “pandemic.”

Regarding Measure 26, a compromise proposal was reached that would delay its implementation, but not for as long as originally sought by the governor. But regarding Amendment A, a Circuit judge ruled in favor of plaintiffs, “finding that the measure violated the state’s single-subject rule and was a revision of the constitution rather than amending it.” Thus, South Dakota was only briefly the fifteenth state to legalize the recreational use of marijuana.

Meanwhile, over in Virginia, the House (48-43) and Senate (20-19) recently passed HB 2312. It “eliminates criminal penalties for simple possession of up to one ounce of marijuana by persons 21 years of age or older, modifies several other criminal penalties related to marijuana, and imposes limits on dissemination of criminal history record information related to certain marijuana offenses.” The legislation, which the Democratic governor is expected to sign into law, passed without a single Republican vote. Although it would not begin legal marijuana sales until January 2024, it would establish a marijuana regulatory agency beginning this summer.

The action of the legislature is unusual because the path to marijuana legalization in most states has been ballot initiatives. However, the actions of Republicans in the Virginia legislature were as expected because Republican politicians are incorrigible drug warriors.

It was not because they were just being partisan and refusing to work with Democrats that not a single Republican in the Virginia legislature joined with Democrats in voting to legalize marijuana.

The actions of these Virginia Republican legislators mirror that of Republicans in Congress. A bill (H.R.3884) to decriminalize marijuana that “removes marijuana from the list of scheduled substances under the Controlled Substances Act and eliminates criminal penalties for an individual who manufactures, distributes, or possesses marijuana” passed in the U.S. House of Representatives late last year by a vote of 228-164. Only five Republican representatives supported the bill, “The Marijuana Opportunity Reinvestment and Expungement (MORE) Act of 2019.”

Republican governors, legislators, and congressmen who oppose the legalization of marijuana for medical or recreational use are out of touch with rank-and-file Republicans in their states. It is impossible that it is just Democrats around the country who are voting to legalize marijuana in ballot initiatives.

But Republican politicians are out of touch with something else as well: freedom. They cannot conceive of people making their own decisions whether they will use marijuana. Instead of family, friends, acquaintances, churches, pastors, counselors, and physicians being the ones who help people make that decision, they feel that the government just has to be involved in some way. Go against their drug prohibitions and they think nothing of fining you, seizing your property, and locking you for years in a cage. All for possessing too much of a plant that the government doesn’t approve of. And woe be to those who are caught with drugs other than marijuana.

It all comes down to this: It is none of the government’s businesses what people want to smoke, eat, inhale, snort, or inject into their bodies. We own ourselves; the government does not own us. And we don’t need a government nanny to tell us how to live our life.