Macgregor, a West Point graduate, is an acquired taste: outspoken and controversial. He has flagged reporters with his statements about immigrants (we need martial law at the U.S.-Mexico border), Iranians (we need to look for areas where we can cooperate), Afghanistan (we have no business being there) Iraq (we should have left, long ago), and Syria (we should get out immediately). Those views aren’t to everyone’s liking, but they’re especially controversial in the military, whose staid stance on foreign interventions does not countenance the kind of dissent in the upper ranks that Macgregor represents. Macgregor, it is said, has refused to “stay in his lane,” has been too outspoken, too vocal, and not really a team player.

Yet, senior military officers quietly admit that in terms of sheer intellect, no one quite matches Macgregor. Several years ago, I asked a senior U.S. Marine Corps officer to name each of the services’s most creative thinkers. His answers were entirely predictable to anyone with even a passing knowledge of those in uniform, except when it came to the Army. He didn’t hesitate: “It’s Doug Macgregor,” he said. “He’s the best thinker they have, living or dead.” Retired Gen. Tommy Franks would probably disagree. 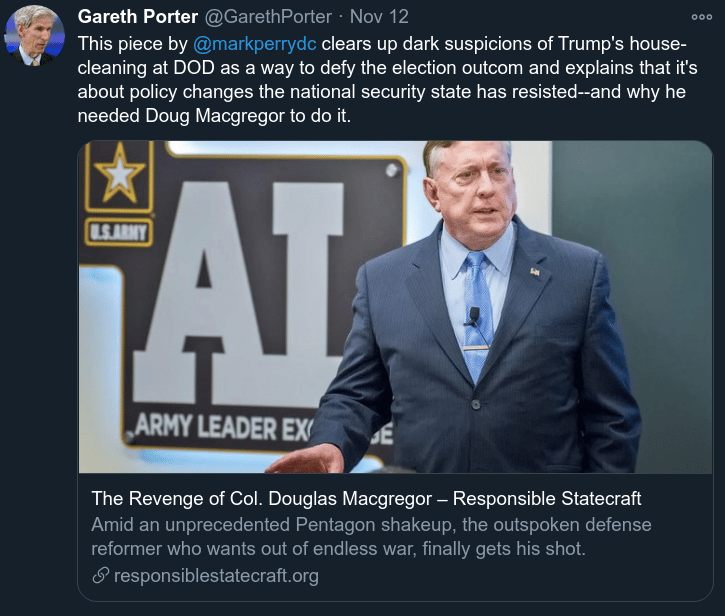