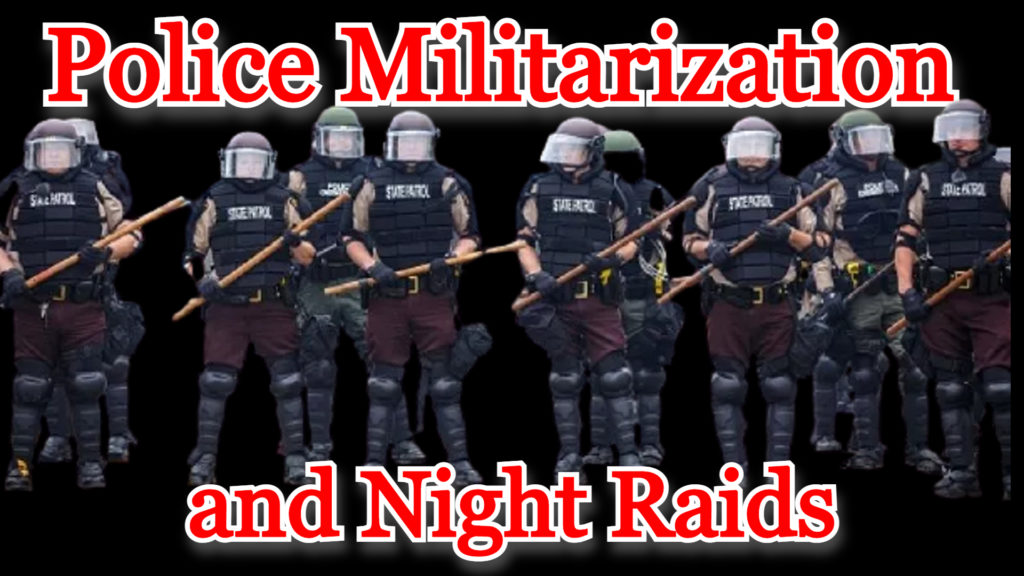 END_OF_DOCUMENT_TOKEN_TO_BE_REPLACED

Scott interviews Wayne McElrath about the proliferation of military equipment in America's police forces, and its harmful effect on police practices. McElrath describes the process by which local police departments are given "outdated" equipment from the military, like body armor, automatic weapons and armored vehicles. To prove how alarmingly easy it is to get hold of this equipment, McElrath and his team created a fake police department and submitted deliberately vague and spurious requests to the Pentagon, which were approved. McElrath contends that this militarization has a powerful...

END_OF_DOCUMENT_TOKEN_TO_BE_REPLACED

"...But it all may have been for nothing." Instead of trying to entirely abolish racial prejudice from society and demanding every leftist reform under the sun, maybe the Black Lives Matter movement could focus on accountability for killer cops, ending qualified immunity, demilitarization, ending the drug war and SWAT team night raids for a bit first? All that energy has just dissipated away by the movement crying into the wind about every last thing and therefore accomplishing nothing. I wish we could blame COINTELPRO, but people are just stupid is all....

END_OF_DOCUMENT_TOKEN_TO_BE_REPLACED

Want to end the protests and riots? End the War on Drugs

The War on Drugs is the immediate cause of, and pretext for, the system of oppression, and police violence and militarization. Ending the War on Drugs is also a project that can unite rather than divide, something that people from different races and different ideologies can agree on and get behind.

END_OF_DOCUMENT_TOKEN_TO_BE_REPLACED 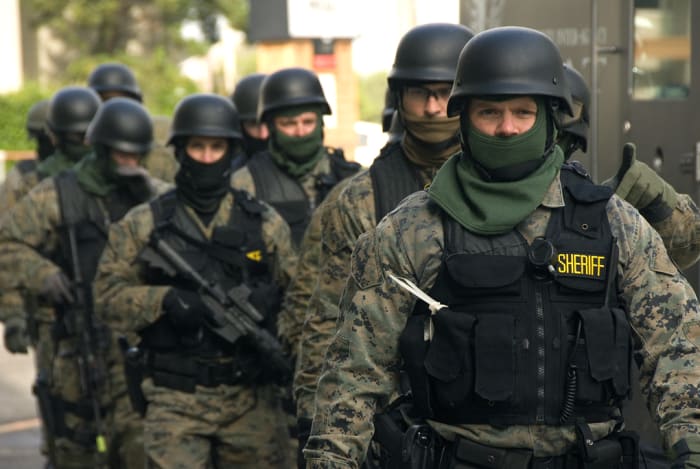 The militarization of America's police has been hotly debated in recent years. Critics argue that effectively turning cops into soldiers risks alienating them from the communities they supposedly serve. New research provides evidence supporting such warnings. It finds the use of SWAT teams—perhaps the most common and visible form of militarized policing—neither reduces crime nor enhances public safety. It reports this aggressive approach to law enforcement is disproportionately used in minority communities. And finally, it finds portraying officers in military gear decreases public...

END_OF_DOCUMENT_TOKEN_TO_BE_REPLACED

30 Minutes Mance had a short conversation with the Chair of the Libertarian Party of Arapahoe County Colorado Eric Mulder. Eric is running for county sheriff and describes himself as a Civil Libertarian. He is campaigning on a platform of decriminalization and demilitarization. Enjoy this insight into someone that wants to bring libertarian principles to policing. Eric's Campaign Site Mance's Books on Amazon Mance's Books for Crypto Mance on Facebook Mance on...

END_OF_DOCUMENT_TOKEN_TO_BE_REPLACED

Episode 115: The End of Policing with Dr. Alex Vitale

Mance welcomes Brooklyn College professor Alex Vitale to the show to talk about his book "The End of Policing." Dr. Vitale talks about how violence by police has been amped up in the last 40 years and talks about the history of policing in this society. The End of Policing Dr. Vitale's Website Mance's Books Available for cryptocurrency Mance on...

END_OF_DOCUMENT_TOKEN_TO_BE_REPLACED

The US and Russia Must Stop the Race to Nuclear War

When I became the leader of the Soviet Union in 1985, I felt during my very first meetings with people that what worried them the most was the problem of war and peace. Do everything in order to prevent war, they said. By that time, the superpowers had accumulated mountains of weapons; military build-up plans called for “space combat stations,” “nuclear-powered lasers,” “kinetic space weapons” and similar inventions. Thank God, in the end none of them were built. What is more, negotiations between the U.S.S.R. and the United States opened the way to ending the nuclear arms race. We...

END_OF_DOCUMENT_TOKEN_TO_BE_REPLACED

This article originally appeared at Anti-Media.    Atlanta — A story about an Atlanta gym owner, Jim Chambers, who refuses to serve police officers and members of the military is having a ripple effect in the community. Now, local media is reporting that a cop has challenged Chambers to a boxing match at an upcoming event. It all began when a military veteran saw a sign posted outside Chambers’ EAV Barbell Gym that read: “Rules: Do whatever the fuck you want, correctly, except crossfit cultism — no fucking cops.” The veteran was offended and sent a photo of the sign to Atlanta’s...