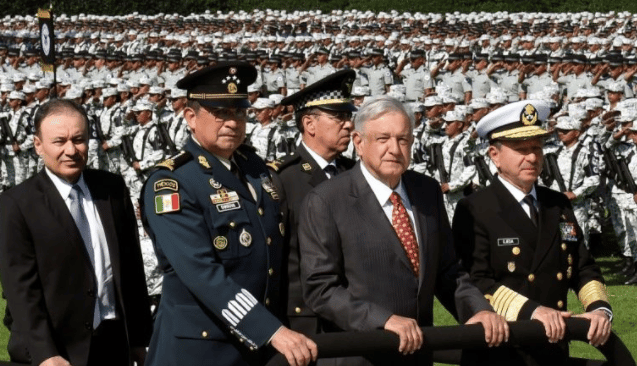 President Trump’s move to declare Mexican cartels as terrorist groups is potentially going to be complicated, and Mexican President Obrador sought to establish a red-line, that Mexico will not allow the US to conduct cross-border military operations into Mexico looking for the cartels.

Trump hasn’t said he will send troops, saying that didn’t “want to say what I’m going to do” after the designation of the cartels. He refused to rule out the use of drone strikes in a recent interview, however.

Mexico’s foreign ministry was quick to reject that idea, saying that drone strikes would be a “violation of national sovereignty,” and have contacted the US to seek clarification about what they actually intend to do.

Former Mexican Foreign Minister Jorge Castaneda said US intervention in Mexico is “happening already,” and that he doubts anyone would treat it like an invasion if the US wanted to start sending troops or drones.