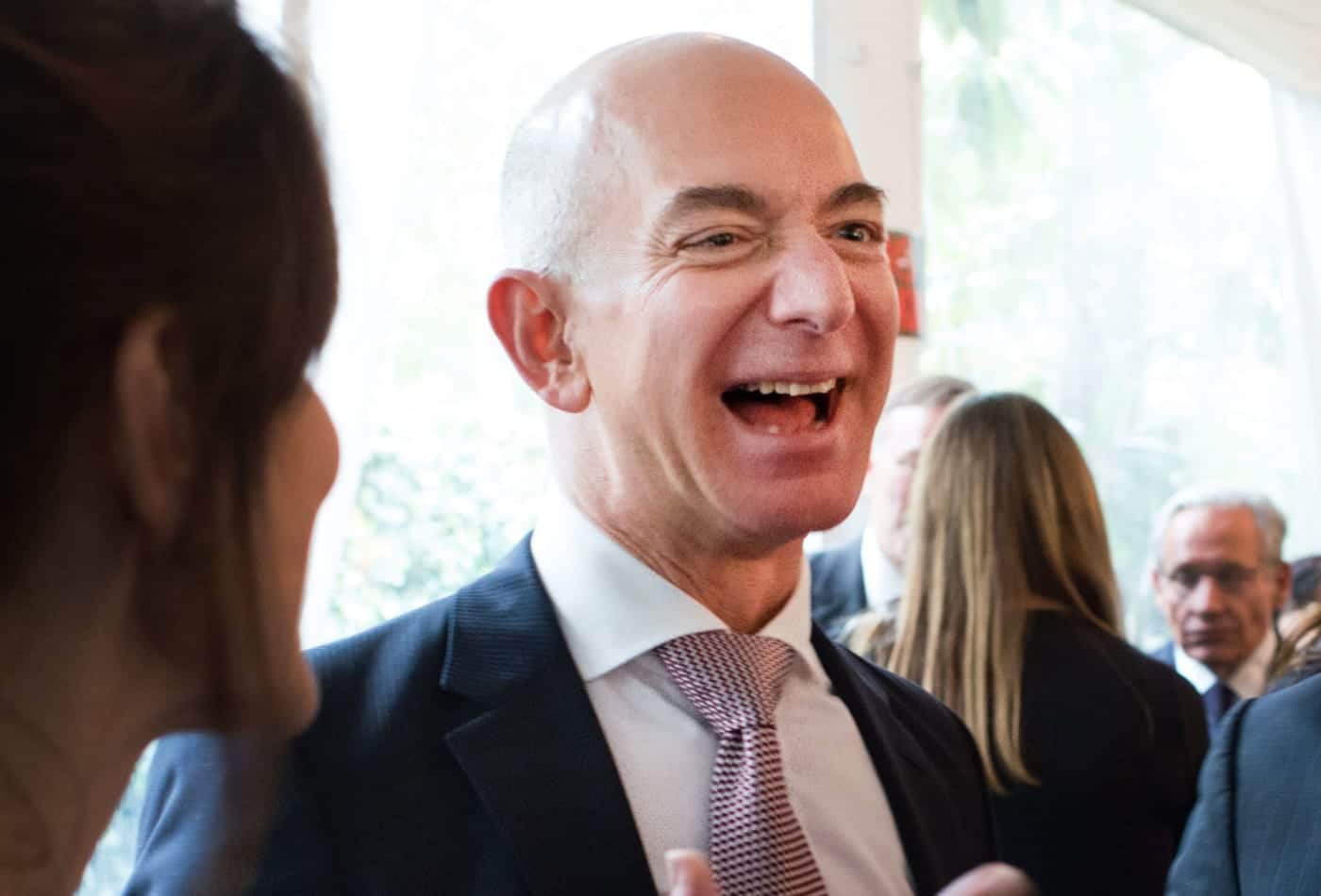 The Department of Defense inspector general has released a damning report on the DoD’s massive “JEDI” cloud computing project, exposing a revolving door between Amazon and the Pentagon.

The DoD’s September 2017 announcement of JEDI (a catchy acronym for Joint Enterprise Defense Infrastructure) sparked a frenzy in the US tech sector, with the country’s largest companies vying for the access, power, and prestige that would accompany the $10 billion prize. Government awarded Microsoft the contract last October, but Amazon is disputing the decision in court, and allegations of corruption continue to fly.

Thus far, the press has largely focused on the most salacious aspect of the controversy: allegations by former defense secretary James “Mad Dog” Mattis that Donald Trump told him to “screw Amazon” out of the JEDI contract. According to Mattis, Trump wanted to take revenge on Amazon CEO Jeff Bezos for the negative coverage he’s received from the Bezos-owned Washington Post.

However, the IG report released last week shows that the corruption surrounding JEDI runs far deeper than the WWE-like feud Trump has with Mattis, Bezos, and the Post. Though the IG did not conclude that the procurement process was rigged one way or the other, the report shows that Big Tech is firmly embedded in the national security state.

The IG investigated seven current or former DoD officials – including Mattis – finding that four had ties with Amazon before, after or in some cases during their time with the DoD.

The smokiest gun in the IG report relates to former DoD official Deap Ubhi, who worked as a cloud technician at Amazon Web Services (AWS) from 2014 to 2016 before joining the Defense Department as a digital services expert. The report says Ubhi worked on the JEDI project in late 2017, even taking a one-on-one meeting with Microsoft to learn about the company’s cloud products – at the same time he was negotiating with Amazon to return there!

Ubhi accepted a job with Amazon in October 2017 while still working on the JEDI project, according to the IG report. A Twitter account in Ubhi’s name says that he still works at Amazon.

The IG found that Ubhi failed to disclose information or lied – yes, the IG report uses the word “lied” – at least three times in an effort to conceal his ties with Amazon. Despite this egregious misconduct, the IG only recommended that the DoD review Ubhi’s security clearances. His case was referred to a federal prosecutor, who did not pursue the matter further and declined to comment on the case.

Ubhi may be the most glaring red flag in the IG report, but is certainly not the only one.

Turn to Sally Donnelly, who left the DoD in 2012 to start the DC lobbying shop SBD Advisors – described by Politico as a “stealth” consulting firm. According to the IG report, Amazon hired Donnelly’s SBD Advisors in 2015 to “help AWS understand better how the DoD worked.”

After consulting for Amazon about the inner workings of the DoD, Donnelly returned to government as a special advisor to Mattis in January 2017. With her came former SBD Advisors director Tony DeMartino.

Yet another former DoD official, Victor Gavin, also took part in the JEDI procurement process even though he had already accepted employment with Amazon. Here, the Inspector General did not flag any ethics violations because Gavin disclosed his ties with Amazon, only sat in one meeting about JEDI, and was not heavily involved in the project.

Lest readers think the IG only investigated the Amazon-Trump controversy, the report also scolds DoD official Stacy Cummings for taking part in the JEDI procurement process while owning between $15,001-50,000 of Microsoft stock. The report notes that Cummings disclosed her Microsoft stock, but made the mistake of participating in the JEDI project anyways – stopping only when a DoD ethics attorney flagged the violation. The Inspector General recommended that Cummings undergo counseling and training.

So what about the Mad Dog himself?

The IG report does not identify any financial ties between Mattis and Amazon, but it certainly seems like the former Defense Secretary had his heart set on the tech giant from the beginning.

After discussing cloud technology with his buddies in the CIA – which uses Amazon as its cloud provider – in December 2016, the report says Mattis came to the conclusion that a comprehensive cloud may be the best fit for the DoD’s data storage needs. Mattis then had an “off-the-record” meeting at a charity dinner in the UK with Amazon executive Teresa Carlson in March 2017, before meeting Bezos at least twice over the next 10 months.

The last meeting was a January 2018 private dinner in DC with Mattis, Donnelly, Bezos and Carlson, who discussed “leadership,” security, China and global trends, space technologies, and “Mr. Bezos’ offer to help support the DoD,” according to the IG report.

By this point, Amazon’s relationship with the Pentagon was starting to draw attention from the media.

In March 2018, an unnamed non-profit organization ran a full-page ad in the New York Post, the first line reading: “President Trump: Your Defense Department is set to award a no-bid, ten-year contract for all its IT infrastructure to Administration-enemy Jeff Bezos’ Amazon.” The ad, which has been removed from the Post’s website, featured a prominent picture of Mattis walking and speaking with Bezos, according to the IG report.

The same month, Bloomberg News and Business Insider also published articles reporting that Oracle CEO Safra Catz was in Trump’s ear about how the JEDI procurement process was being rigged for Amazon. Bloomberg later reported that it had obtained a copy of a 33-page dossier that portrayed “a web of conflicts to cast doubt on the integrity of the cloud procurement,” with allegations that “Defense Department officials participated in shady activities, all of which gave Amazon an edge.”

The media reports and Oracle’s protests apparently succeeded, as Trump started lobbing Twitter insults towards Amazon and Bezos while allegedly exerting influence on the JEDI procurement process behind the scenes throughout 2018. The abovementioned DoD officials departed government from late 2017 to late 2018 – Ubhi and Gavin to work for Amazon; Donnelly, DeMartino and Daigle to start a new lobbying shop; and Mattis, ostensibly to protest Trump’s Syria “withdrawal.”

If one views this through MAGA-tinted glasses, it might seem like Trump was following through his promise to Drain the Swamp by cutting the DoD from its ties to Amazon.

But when one takes into account that Oracle CEO Catz was a member of Trump’s transition team and had dinner with the president in April 2018 to discuss JEDI, it seems far more likely that Mattis was telling the truth when he said Trump wanted to “screw Amazon” – either as revenge on Bezos, a favor to Catz, or a combination of the two. As Thomas Knapp argued in an article published on antiwar.com last December, Trump should have squashed the entire JEDI project altogether if he really wanted to reduce government waste and malfeasance.

There are no good guys in these power struggles – just various factions vying for money and control, all at the public’s expense.