A Trend Worth Considering – The Price of Gold Since 1971

A Trend Worth Considering – The Price of Gold Since 1971 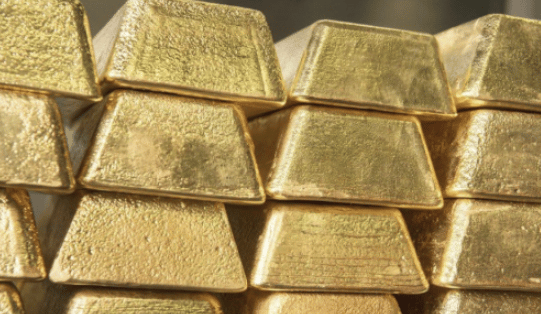 As we approach the end of 2019, gold is on track for a healthy yearly gain. To date, the yellow metal is up over 16% on the year.

So, when we say gold is up or down, you always have to ask a second question: since when? The price can be simultaneously up and down at the same moment depending on the answer to that question.

I occasionally get comments on articles posted on the SchiffGold Facebook page by people complaining that they’ve lost a lot of money in gold because they bought when the market was at its absolute peak in 2011 and the yellow metal nearly hit $1,900. I can certainly understand their frustration, but I don’t buy their argument that their experience proves gold is a bad investment. While eight years seems like a long time, it’s not in the big scheme of things.

As I said, where you begin when you talk about a trend is key. Plucking an arbitrary date out of thin air doesn’t necessarily tell us a whole lot. It’s important to begin at a key moment in history.

When it comes to gold, that key moment is August 15, 1971. That’s the day that Richard Nixon slammed shut the gold window and eliminated the last vestige of the gold standard. From that date, the US — and the world — has been on a pure fiat money system. Governments have taken advantage of it by inflating the money supply relentlessly. As a result, the price of gold has skyrocketed from that moment.

What Exactly Happened in 1971?

Nixon ordered Treasury Secretary John Connally to uncouple gold from its fixed $35 price and suspended the ability of foreign banks to directly exchange dollars for gold. During a national television address, Nixon promised the action would be temporary in order to “defend the dollar against the speculators,” but this turned out to be a lie. The president’s move permanently and completely severed the dollar from gold and turned it into a pure fiat currency.

Nixon’s order was the end of a path off the gold standard that started during President Franklin D. Roosevelt’s administration. June 5, 1933, marked the beginning of a slow death of the dollar when Congress enacted a joint resolution erasing the right of creditors in the United States to demand payment in gold. The move was the culmination of other actions taken by Roosevelt that year.

In March 1933, the president prohibited banks from paying out or exporting gold, and in April of that same year, Roosevelt signed Executive Order 6102. It was touted as a measure to stop hoarding, but was, in reality, a massive confiscation scheme. The order required private citizens, partnerships, associations and corporations to turn in all but small amounts of gold to the Federal Reserve at an exchange rate of $20.67 per ounce. In 1934, the government’s fixed price for gold was increased to $35 per ounce. This effectively increased the value of gold on the Federal Reserve’s balance sheet by 69%.

The reason behind Roosevelt’s executive order and the congressional joint resolution was to remove constraints on inflating the money supply. The Federal Reserve Act required all Federal Reserve notes have 40% gold backing. But the Fed was low on gold and up against the limit. By increasing its gold stores through the confiscation of private gold holdings, and declaring a higher exchange rate, the Fed could circulate more notes.

While American citizens were legally prohibited from redeeming dollars for gold, foreign governments maintained that privilege. In the 1960s, the Federal Reserve initiated an inflationary monetary policy to help monetize massive government spending for the Vietnam War and Pres. Lyndon Johnson’s “Great Society.” With the dollar losing value due to these inflationary policies, foreign governments began to redeem dollars for gold.

This is exactly how a gold standard is supposed to work. It puts limits on the amount the money supply can grow and constrains the government’s ability to spend. If the government “prints” too much money, other countries will begin to redeem the devaluing currency for gold. This is what was happening in the 1960s. As gold flowed out of the US Treasury, concern grew that the country’s gold holdings could be completely depleted.

Instead of insisting on fiscal and monetary discipline, Nixon simply severed the dollar from its last ties to gold, allowing the central bank to inflate the money supply without restraint.

So What About Gold?

When he announced the closing of the gold window, Nixon said, “Let me lay to rest the bugaboo of what is called devaluation,” and promised, “your dollar will be worth just as much as it is today.”

This was also a lie.

According to the Consumer Price Index data released by the Bureau Labor of Statistics, the dollar has lost more than 80 percent of its value since Nixon’s fateful decision. Meanwhile, the dollar value of gold has gone from $35 an ounce to nearly $1,500.

Looking at it another way, the purchasing power of gold has increased dramatically since Nixon closed the gold window. When Nixon made his announcement, gold was official $35 an ounce, but the actual market price was around $45 per ounce. If you take the recent price which has been hovering between $1,450 and $1,500 per ounce, the price has increased by 3122%.

That is not a typo.

This is much greater than the dollar prices of goods and services. The GDP deflator index has increased roughly five-fold since 1971. So, not only has gold served as an inflation hedge since the dawn of the pure fiat money era, it has actually outpaced prices.

As Nick Giambruno put it in an article published by the International Man, “This is all a predictable consequence of the U.S. abandoning sound money.”

By every measure—including stagnating wages and rising costs—things have been going downhill for the American middle class since the early 1970s. August 15, 1971, to be exact. This is the date President Nixon killed the last remnants of the gold standard. Since then, the dollar has been a pure fiat currency. This allows the Fed to print as many dollars as it pleases. And—without the discipline imposed by some form of a gold standard—it does precisely that. The U.S money supply has exploded 2,106 percent higher since 1971. The rejection of sound money is the primary reason inflation has eaten up wage growth since the early 1970s—and the primary reason the cost of living has exploded.”

Practically speaking, this means that if you stashed an ounce of gold worth $35 alongside thirty-five one-dollar bills under your bed in 1971. Today, you would be sitting on gold that would buy you an expensive tailored suit. The $35 in cash wouldn’t get you a pack of fancy boxer shorts.

This is a trend worth considering, given that there is zero chance that the fiat monetary regime is going to end any time soon.