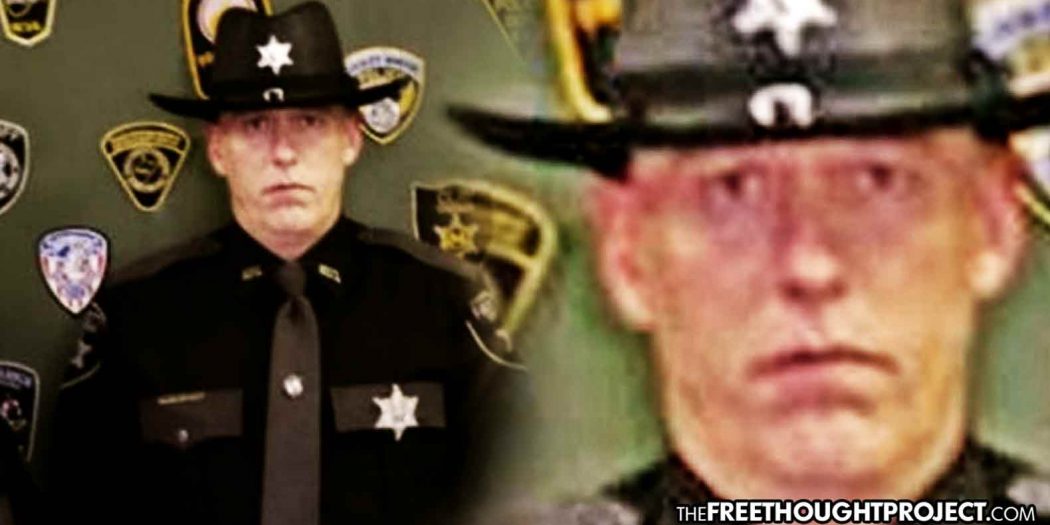 The idea of a family member selling a child relative for sex is absolutely horrifying. It should shock even the most callous of individuals. In America, we are told, police are here to protect us from the likes of these monsters who would dare peddle in the exploitation and abuse of children but often times, it is the exact opposite—as the following case illustrates.

Kristen Naylor-Legg, 28, is a despicable human being who sold her own underage family member for sex. She pleaded guilty to the charges this week of conspiracy to engage in sex trafficking of a minor under the age of 18. The man who people put their trust in to prevent such atrocities, Chief of Police for the Gauley Bridge Police Departmen, Larry Allen Clay, Jr., was not only failing to prevent it but was participating in it as a customer.

Clay, who is the chief of police and an employee of the Fayette County Sheriff’s Department was participating the the sex trafficking of a child by paying Naylor-Legg to have sex with her underage relative.

“Chief Clay’s heinous conduct in this case is one of the worst examples of police misconduct and abuse of power imaginable,” attorney Russell A. Williams told The West Virginia Record over a civil suit last week. “We look forward to holding him accountable for his unconscionable violation of our client’s rights and breaching our collective public trust in law enforcement.”

“Naylor-Legg told plaintiff that she needed to have sexual intercourse with Chief Clay in exchange for money because the family needed the funds to keep the utilities on in their home,” the complaint states. “On the evening in question, Mrs. Naylor-Legg drove plaintiff to a remote location on Cain Branch Road, just outside of the City of Gauley Bridge, to meet Chief Clay.”

There, the plaintiff claims, the on-duty chief arrived in his police cruiser. Wearing his uniform, he unzipped his pants and ordered the plaintiff to perform oral sex on him. Then, she says he bent her over the side of his cruiser and had sexual intercourse with her. He then paid Naylor-Legg $50 in cash and told the plaintiff to “keep her mouth shut” about what had happened and not to “tell anyone.”

Clay and Naylor-Legg were codefendants in the same case until the latter pleaded guilty this week. This monster faces up to life in prison when she is sentenced on December 9, 2021.

According to the Department of Justice:

This case was prosecuted as part of Project Safe Childhood, a nationwide initiative of the Department of Justice to combat the growing epidemic of child sexual exploitation and abuse. Led by the United States Attorney’s Offices and the Criminal Division’s Child Exploitation and Obscenity Section, Project Safe Childhood marshals federal, state, and local resources to locate, apprehend, and prosecute those who sexually exploit children, and to identify and rescue victims.

What this case illustrates is what TFTP reports on regularly—police officers across the country are constantly being caught in the most insidious and horrifying situations. Many of these situations involve sexual misconduct and many of those involve children.

What’s more, many times these monsters face little to no accountability for their actions. In May, an officer who allegedly wanted to sexually violate both an adult and a child at the same time, used his position as chief to attempt to get there.

Vineland Police Chief Rudy Beu is in charge of over 150 cops within the department. One of these cops, who has been with the department for more than a decade reported Beu for sexual harassment in 2017. This is not your typical, “sleep with me to get promoted,” harassment, however. This harassment involved the officer’s wife and underage daughter.

After a years-long investigation, Judge Raymond A. Batten ruled Beu, 60, was guilty of insubordination, conduct unbecoming a public employee and neglect of duty as well as other charges over these allegations. But this alleged child predator cop’s blue privilege was thick and he wasn’t even suspended!