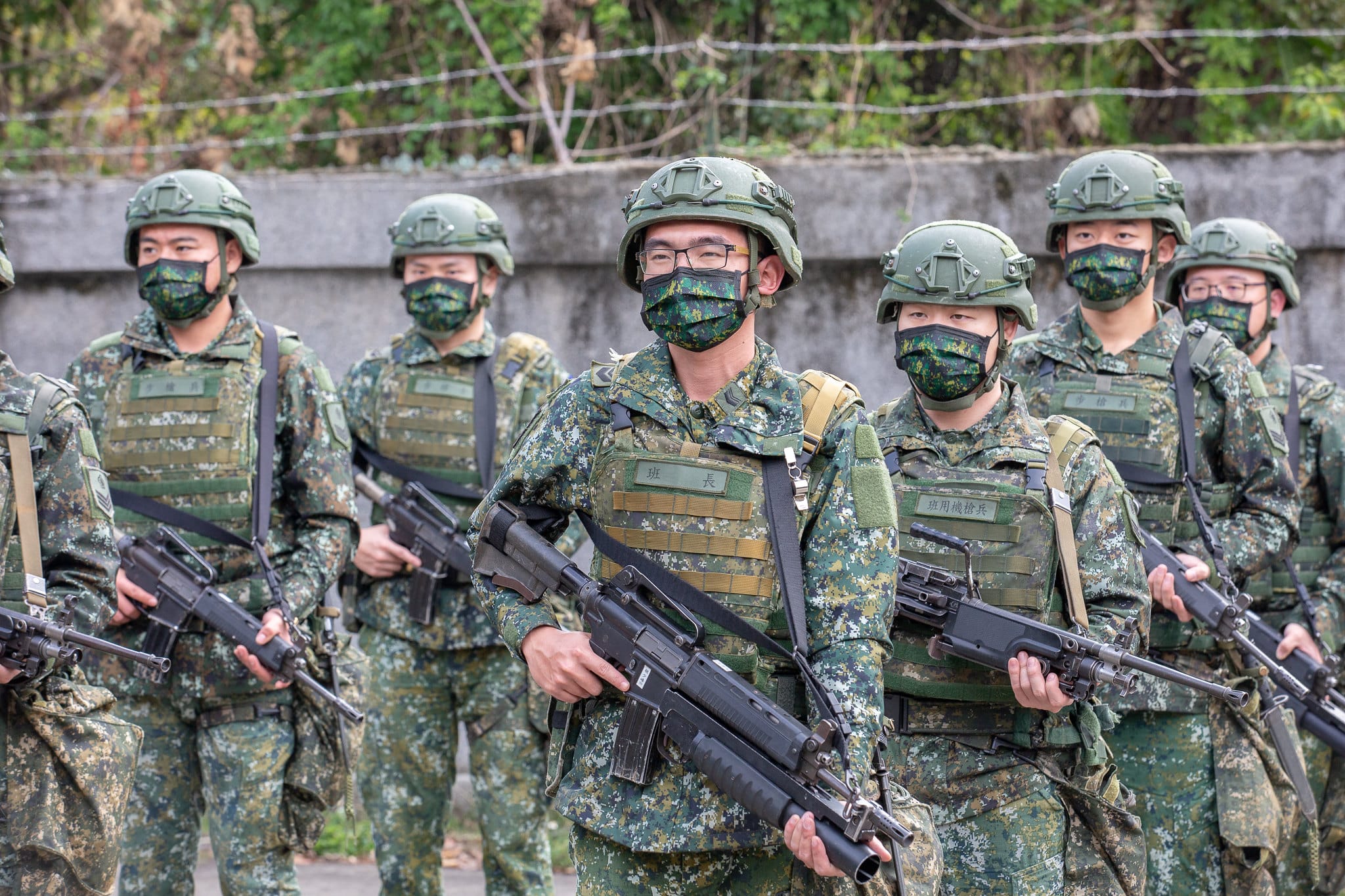 Official Photo by Wang Yu Ching / Office of the President

Amid soaring tensions with the U.S. and China, the State Department approved a previously revealed White House plan to supply $1.1 billion in arms to Taiwan, the Associated Press reported on Friday. This announcement has angered Beijing which warned of “counter-measures” if the plans are not revoked. Among U.S. lawmakers there is ample bipartisan support for arming the island and the required Congressional approval is virtually guaranteed.

Concurrently, the Pentagon is working to increase the speed at which the U.S. can sell weapons to global partners as “roadblocks” in the system are slowing things down, leading potential customers to buy less expensive Russian and Chinese advanced equipment.

According to the State Department, the arms package for Taipei includes $355 million for 60 Harpoon air-to-sea missiles, $85 million for 100 Sidewinder air-to-air missiles, as well as a $655 million logistics support package to maintain and upgrade the island’s Raytheon-made early warning radar system. Thus far, this is the single largest arms sale for Taiwan approved during the Joe Biden administration.

A department spokesman said the U.S. still recognizes only Beijing, which—along with most of the world including Washington—sees Taiwan as Chinese territory. Since 1979, this has been the official U.S. policy. However, in recent years arms sales to the island have significantly increased and the U.S. has been sending a parade of delegations comprised of various lawmakers and high level officials, eroding this diplomatic arrangement which has long kept the peace. House Speaker Nancy Pelosi’s provocative, high-profile visit to the island last month provoked China to carry out its largest military exercises ever around the island. Beijing prefers peaceful reunification to resolve the split which occurred at the end of the Chinese civil war, but has not ruled out using force which aggressive U.S. policies make more likely.

Liu Pengyu, spokesman for the Chinese embassy in Washington, said the potential sale “sends wrong signals to ‘Taiwan independence’ separatist forces and severely jeopardizes China-U.S. relations and peace and stability across the Taiwan Strait.” The Taiwan issue is a “red line” for China, Beijing has repeatedly expressed concerns that Washington’s “emboldening” of the island’s independence forces, as well as the hostile U.S. military maneuvers near the island, destabilizes cross-strait relations and risks war between China and the United States. “’China will resolutely take legitimate and necessary countermeasures in light of the development of the situation,” Liu said. Last weekend, two American warships crossed the Taiwan strait which China considers its sovereign waters, such passages are an almost monthly occurrence.

At the same time, The Wall Street Journal reports, citing U.S. officials, the Pentagon has formed a task force to expedite the process of supplying global partners with weapons to compete with China and Russia. Last month, the “tiger team,” comprised of senior officials, was set up to examine what the Defense Department sees as inefficiencies and “roadblocks” in the foreign military sales program overseen by the State Department. Foggy Bottom is adding input to the Pentagon’s assessment. Among other things, concerns about transferring sensitive technology slows the process, leading foreign governments to look elsewhere for cheaper, advanced equipment. Officials worry this gives Beijing and Moscow a competitive advantage.

“U.S. officials who work with countries on initial requests for new drones, for example, could be trained to help those countries to draft those letters better, removing roadblocks that pop up because the initial request was too broad or triggered other security concerns” a defense official told the Journal.

The review’s “urgency” is said to have been enhanced by rising tensions with China and the war in Ukraine. The report says some in the arms industry, government, and Congress are alarmed at the “the convergence of challenges for the defense industry and U.S. military readiness.” Recent reporting has indicated Washington’s massive funding of its proxy war against Russia in Ukraine has led U.S. artillery stockpiles to become “uncomfortably low.” There is also a large backlog of European allies in line to have their own stocks replenished by the U.S. military-industrial complex after transferring hundreds of millions of dollars’ worth of weapons to Kiev.

Earlier this year, the Stockholm International Peace Research Institute published a study which showed the U.S. was still, by far, the world’s largest arms exporter. As Forbes reported, “from 2017 to 2021, the U.S. accounted for 39 percent of major arms deliveries worldwide, over twice what Russia transferred and nearly 10 times what China sent to its weapons clients. In addition, the U.S. had far more customers—103 nations, or more than half of the member states of the United Nations.”